I'm one of those guys who kinda wished at some point as a kid.....some teacher would have twisted me around to Archaeology and got me off to the right direction.  I always had a curiosity about ancient civilizations and what happened to societies that just plain disappeared.

There's a big-time hub in Mexico....Teotihuacan.....which started up around 100BC.  Folks got into a mega-building phase for roughly 300 years.  Then, they hit some peak.  No one really says why, but they simply reached a point where they felt the plans were all accomplished.

From roughly 250 AD to 500 AD....they were coasting along and Teotihuacan was 'the' hub of all activity in Mexico.  For some mysterious reason....around 550 AD....the crap hit the fan and society just dissolved.

To be kinda honest....this wasn't really just a dissolving of a major city in the world....it was massive chaos and the city was burnt to the ground.  Somewhere around 100,000 locals were there and watched events unfold.

There's a piece published in the last week or two by the Proceedings of the National Academy of Sciences, which details what folks have kinda figured out, which lays out an odd consequence of success and government intervention.

There's a new story which lays out the end of the Teotihuacan society.  Success was a great thing for upper-class folks of this community.  They had a fair amount of power and accumulated ownership of things that went past the norm.  They....the elite class of Teotihuacan....were now in direct competition with the actual rulers of the city.

At some point.....probably to show who was actually in charge....the rulers of Teotihuacan got into control of the economy and capitalism.  There are various indicators that movement of goods were slowed down, which naturally got tensions rising among the power-players.

At some point.....a massive fire was started.  For years, there were theories that an invasion had occurred or a civil war erupted.  Recent analysis have led folks to realize there were differences from the political side to the economical side.  Once the rulers got into the middle of capitalism....they were more of the problem, than the solution.  The fire simply ended the relationship between the rulers and the trading side of society.  Folks packed up after the massive fire, and left.

Within two hundred years.....there wasn't much left of this society. It wasn't the Europeans or some massive Central American Indian society that destroyed Teotihuacan....it was a hindrance of capitalism and government regulation that destroyed the city.

It's an odd turn of events in terms of archaeology and history.  Usually, it's invading armies that destroy a civilization.  I suspect it might require some folks to go back and revisit various mystery elements of collapsed societies and see if the same regulation got into the middle of people's lives and triggered a collapse.
at Tuesday, March 17, 2015 No comments: 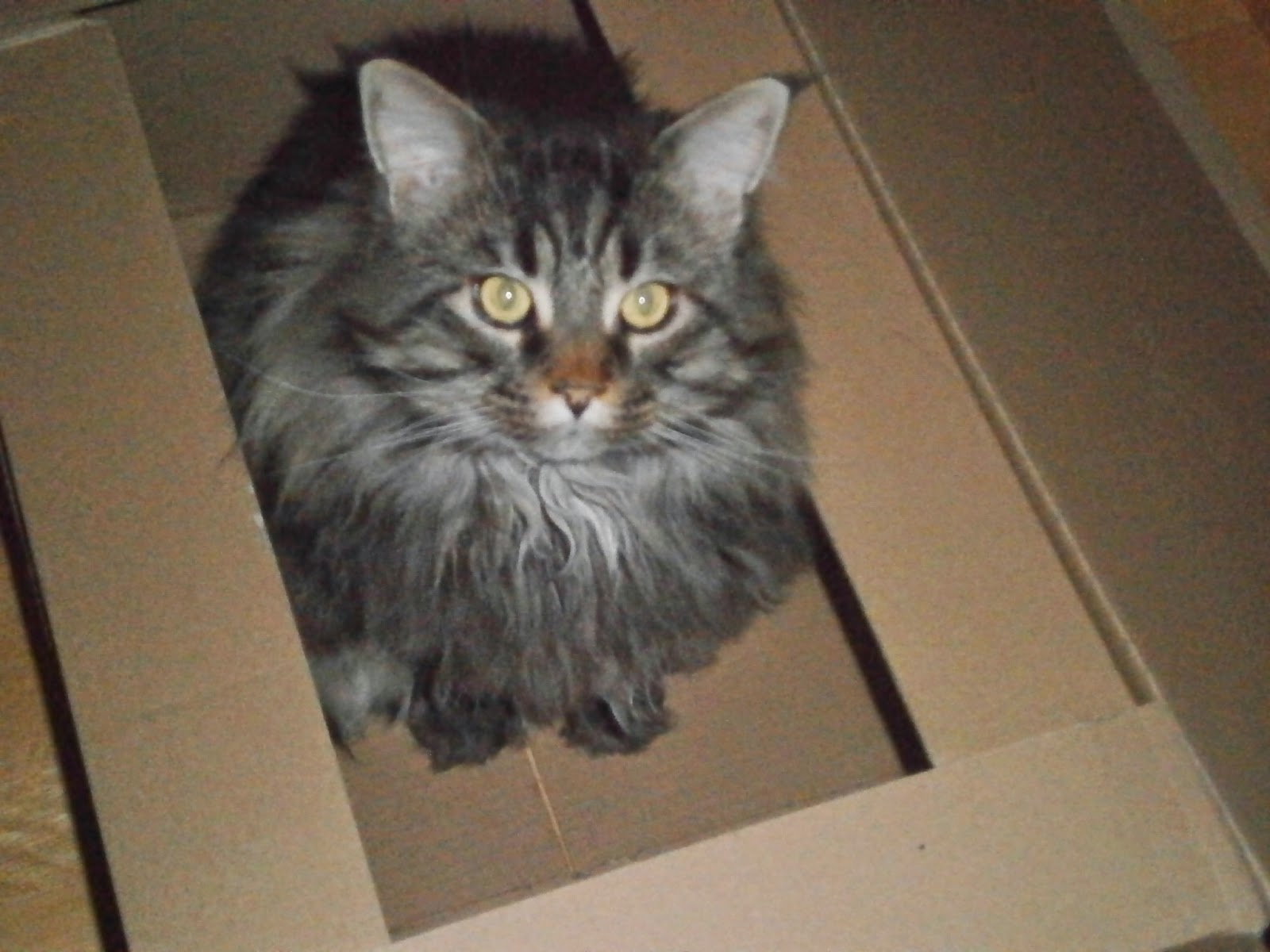 I have a cat who has fascinations with boxes.  If you get anything in the mail and you open the box....I usually shove the box into the hallway for disposal later.  In ninety-nine percent of cases....I will find the box occupied by "Mister Fluffy".

It's an obsession of sorts with him. He'll sit in the box for an hour or two....maybe longer.  I suspect he's thinking it's a long-term box, or maybe it's just something new to investigate.

It's hard to tell Mister Fluffy that the game is over....the box has to go.  He'll just sit there and let you know it's part of his empire now.  I suspect he'd be in hog-heaven if he could be relocated to a box-factory somewhere.
at Tuesday, March 17, 2015 No comments: