A Tale of the Map

In general, you can go and write a thousand-page book on how Hillary Clinton screwed up and Donald Trump laid out his best chances.  But why make this so difficult? 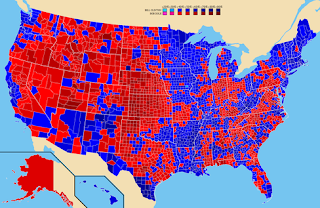 I sat and started looking at county-by-county voting voting over the past couple of decades.  There's something that you start to notice since the mid-1990s (after Bill Clinton's second election)....the Democrats have lost a large chunk of non-urban counties to the Republicans.  Not just one election, but election after election.

Bill Clinton took and crafted the theme or Democratic message to fit the general and ordinary Democratic guy, and those leaning that direction. 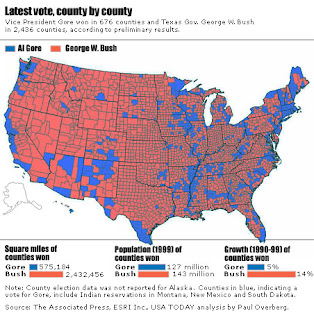 This 2000 election?  Gore still took a large segment of urbanized counties but look at how the blue is disapparing across non-urban areas.  Gore went to more of a special group or interest area, and began to lose the general interest of regular Democrats or those who leaned that direction.

Did Gore realize this?  I doubt it.  He hired people who probably had paper strategies laid out for a decade and had a chance to enhance to bring new people/voters into the circle.  They didn't necessary worry about the regular plain-old Democratic voter.

You could see Gore watching this slip and just say it was a one-time thing....no big worry.  Things will change and just slip to the next strategy in 2004. 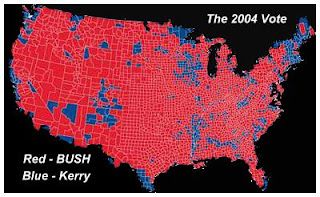 As much as Kerry did come close to beating Bush, note that the blue counties actually got smaller.  It became a more urbanized vote.  Massive number of votes in Memphis, Atlanta, L.A, New York, Boston, Detroit, Chicago, etc.  In the heartland, much less so.....a lot less so.

After 2004, the DNC should have awaken and asked how the county thing is going wrong and a new message should erupt out of analysis.  Well....it didn't come. 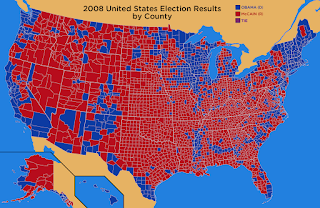 Obama did win in 2008, but take a look at the red across the board, in non-urban communities.  Obama was able to get minority voters who rarely show up on election day....to show up.  His enthusiasm was what made the difference.  If it'd been Hillary Clinton in 2008?  I suspect a few less blue counties and McCain might have come extremely close to beating her. 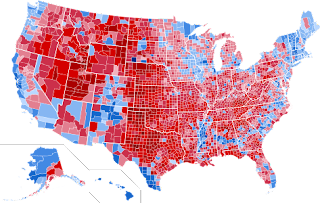 In 2012, most of the blue counties were retained but he started to lose some of the counties from the 2008 episode.  Enthusiasm was less so. Did the Democrats realize the problem?  No. 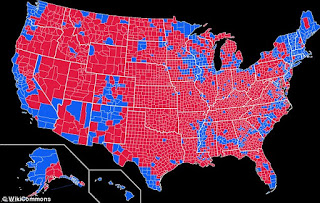 There's a theme here which doesn't require rocket-scientists or Einstein-like strategists.  The Democrats are locked into a unique position.  They need a sharp-talking black guy with great speeches to come back for 2020 or 2024....to give them a chance of winning.  Or, they need to go and reexamine the regular Democratic guy in the heartland and develop a message that brings him back into the voting apparatus.

You would think that people would be talking about this and trying to rebuild the Democratic Party to be less an urban-machine and more of a typical American-machine.  But obviously, the crowd at the top today....does not share in that dream. They've lost the core of their future, and now have few, if any, options.
at Friday, January 13, 2017