At some point around 2010, while working in the basement of the Pentagon....I worked with an Army guy who had this part-time job on the side.  No....he didn't really bring this up to the commander (there's an actual regulation that says 'other' jobs need to be referred to your commander so that he can explain your dedication angle to the Army).

This part-time job?  Well....we spent around ten minutes talking over this and I simply had a curious nature how this worked.

You see....he'd get a call around the middle of the week and there would be this 'seminar' that he'd teach on Saturday and Sunday....typically six to eight hours each day.  It was a one-on-one seminar, which I felt was awful strange.

So the topic here?  Well....email, Word, Excel, and PowerPoint.

There were these folks getting hired for high and lofty positions in DC (GS15 or above).  Basically, they were coming from some location outside of the beltway, and they simply hadn't never used the internet to the degree that this job demanded.  So they were paying some guy to teach them everything they needed to know.....over a weekend.

So I asked about the pay here, and for a full-up weekend....this guy would make $700.  Taxed of course.  He figured the company in question was taking in near $1000 for the service.

The key theme?  Being discreet.

So I asked....are there really that many folks who don't know this level of technology?  In a full year that he'd been connected to this job.....he'd had roughly thirty weekends occupied by this job, and he figured the company had at least twenty part-time people who were in this service occupation.

His take was that various people in the 1990s had stepped to the side and missed the whole introduction stage of Microsoft.  Now these were the people facing 2010, being hired into lofty positions, and unable to perform at expectations.

All of this made sense to me.  Maybe they'd pick up enough to solve their problem.

But then he said this odd thing.  Being with someone for an entire weekend....one-on-one....you reach a point where you are getting to know the individual, their background, their skills, their knowledge, their common sense level.  Most of the people he met (remember, this is an Army NCO)....probably weren't the type that you'd go and hire for leadership positions.  In some way, when they stepped to the side in the 1990s and missed the technology 'era'.....they were missing a lot of different trends and eras.  Yet here they were....being brought into DC to lead some group or agency.
at Saturday, June 16, 2018 No comments:

I sat this morning and read through some sports news piece where some 'angry' NFL players were saying that the NFL-owners are in some fear stage of Trump, and that's why this whole National Anthem thing is brewing 'hotly'.

After about five minutes, I sat and pondered over this.  I don't know if the players saying this are hyped up on drugs, or just so stupid that they can't envision what happened here.

So my two analogies to make this point:

1.  You know nothing about farming but have heard that raising cattle is profitable and real easy.  You go out with your savings, spending $500,000 on a farm, a barn, plenty of hay for the first year, all the equipment necessary, and 250 head of cattle.  You envision this being real simple and easy.  You sell off a minimum of 80 head of cattle each year, and life is great.  On day one of the new life....you walk out into the field to discover that these cattle are 'wild and aggressive'.  They chase you, with the intent to stomp you to the ground.  Day after day, this goes on.  You live in constant fear of the cattle. The money is invested but this is a 'hobby' that is bringing fear into your heart each and every day.

2.  You buy a great restaurant which turns $250,000 of profit each and every year.  It's a proven money-maker.  As you take over, you hire three new cooks, and in the first six months.....wake up to five accusations of food-poisoning.  You paid a lot of money for this operation, and the public is coming less and less often.

With the negative talk going on....lesser sports paraphernalia being sold....fewer tickets being sold....fewer people watching, are the teams making less money?  Well....they won't admit this in public.  But you have to figure they've lost 10-percent of the yearly income MINIMUM (maybe more).  Can you consider the Cowboys to still be valued at $4.5 billion?  I question that and would suggest that if they were for sale.....the price would be slightly below $4 billion. By the end of 2020?  If nothing resolves this mess?  Their value might even be near $3.5 billion.

The owners aren't afraid of the players, or Trump.....they are afraid that their item of value....doesn't hold the same value, and doesn't make the same amount of yearly profit.

Where this will end?  At some point, during the signing period of contracts.....a vast majority of players will be offered contracts at 10-percent less than the previous contract.  They will threaten a strike.  This strike?  Well....it might move the problem onto the next level, and quicken the pace of the sinking.
at Saturday, June 16, 2018 No comments: 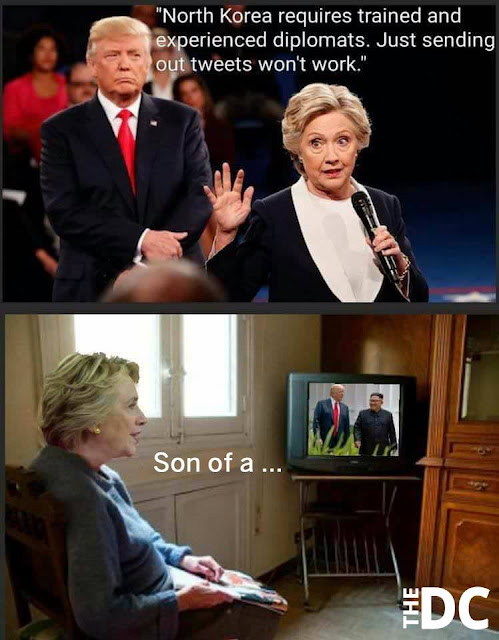 “So why is she lying this much?  I know children are being ripped from their mother’s arms, even while they’re being breast-fed. I know children are being marched away to showers, marched away to showers. Being told they are — just like the Nazis — said that they were taking people to the showers and then they never came back.  You think they would use another trick like 'Hey, got a slurpee room over there.' 'We’re going to take them to get a slurpee.  That would be better than 'We’re marching them to the showers and we’ll be right back' and they never come back.”

-- Joe Scarborough, talking about the talking points of Sarah Sanders and Trump policy over juvenile immigrants

First, you could have used that talk back in the spring of 2000, with that Cuban kid, Elian Gonzalez....was picked up by armed police-thugs and returned to Cuba.  But oddly.....no one from MSNBC at that point in time wanted to utter 'Nazi-talk'.....did they?

Second, sooner or later, some American kids are going to watch this handling issue and ask (maybe at age 13).....why stay home?  Why not just run off and play some gimmick-act, and just pretend to be Honduran, then get taken off to a Trump-camp?

Third, is a Trump-camp really a bad place?  So far, from the video business I've seen....it's more or less like some summer camp deal....a cot and three meals a day.  The education part?  They get six hours a day, and English is taught.

Fourth, Joe seems to be suggesting that life in the Trump-camp is hell, while life with the parents is like living in a fairly-tale land.  If I was thirteen or fourteen.....I might review my options before I fall for any of Joe's fairly-tale stuff.  You might be a hundred times better off in the Trump-camp.

Usually, when people start uttering Nazi-talk....that's the moment that I hit 'mute'.  That's a signal that the guy has a lost cause on debates, and he can't win.  Go and ask yourself.....if President Hillary were there.....what would she do?  Well.....Hillary-camps would probably have occurred as well.  Would they be Nazi-like as well?
at Saturday, June 16, 2018 No comments: