It's one of those sports stories that you have to laugh about.  A few weeks ago....three NCAA basketball players from the west coast....went to China for some games.  They shop-lifted while there, and got arrested.  They couldn't leave China until President Trump got involved.  Then when they did get back to the college.....well....they were kinda suspended.  The college doesn't appear to have any desire to give them much of a second chance.

One of the players....LiAngelo Ball (son of LaVar Ball)....finally added up the problems and left college (UCLA).

Dad sat there reviewing everything....knocking Trump several times for commentary that the kid should appreciate what Trump did.

Today, the Ball family announced what LiAngelo would do next.  It's an odd deal.  The other son....LaMelo (in high school) announced that he was quitting high school (odd decision too).  Both kids are now signed up with a semi-pro league in....Lithuania.  The team  Prienai, Lithuania.

The team?  BC Prienai.  They've been around for about twenty years, and play in the Baltic League.  Their arena?  Prienai Arena.  It was built around six years ago, and holds 1,500 fans.

What this whole Ball-family move to Prienai adds up to?

Most basketball teams in Europe over the past decade have really grown their game, and they really don't care to be baby-sitters.  You got a drug problem, an alcohol problem or attitude problem?  Fine, go home....we don't need you.  I would compare about one-third of the clubs in Europe today as being almost at the level of the better NCAA teams.  In another decade, I expect the majority of clubs (maybe 75-percent) to be as good as the average NCAA team.

The Ball boys?  There's some advantages to being in a small town like Prienai.  No stress.  No major journalists following them.  A chance to work out daily.  As for making a name for themselves?  Maybe.  But if neither kid expands their game or does much to attract more attention by the end of 2018....then their careers are finished.  They might stay around three or four years and be back-up players in the NBA eventually, but the chance to be starters in the NBA will diminish by the end of 2018 if they don't show improvement.

I'm not going to suggest 'dad' is stupid here, but the odds of all three Ball kids making it into the NBA are statistically very low.  There's obviously no plan 'B', and I feel sorry for both of these kids thrown into the middle of Lithuania and trying figure into some plan without good odds.
at Tuesday, December 12, 2017 No comments:

A Suggestion of Patterns 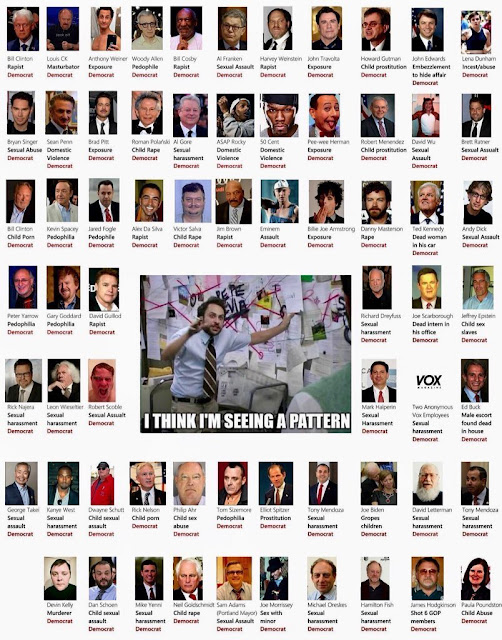 I sat and looked over this graphic today.  It does make sit and ponder 'patterns'.