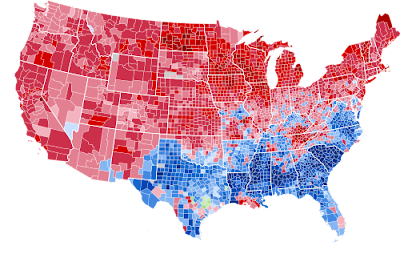 This is the end-point where Wilson leaves office, with dismal feelings about the past two years (because of his 'illness').

The election?  It was mostly about bringing newspaper-editor-turned-Senator Warren G. Harding (GOP), against Governor James Cox (D) of Ohio.

Cox got 34-percent of the votes, and basically only did well in 13 southern states. This is the election where Harding basically campaigned against President Wilson (D), instead of James Cox.  Most all of his speeches were designed to be anti-Wilson, not anti-Cox.

The suggestion of a third term with Wilson?  This came up in the summer period....prior to the convention.  Wilson was still in marginal health, and it's a serious question over where he (or his wife) got this idea.  Had Wilson been in great health, and not gone off into a deterioration situation.....with the war having gone well, it's possible that Wilson could have pulled out a win.

For two weeks, I've been watching this Jussie Smollett episode play out.  Yesterday, cops laid out the charges of a fake report (fake assault), and there's going to be some court action.  The idea of a year in a Chicago jail?  Possible, but I doubt it.

My curiosity is over why you'd go and do something like this.  The cops, through various witnesses, finally came to the 'why', and it leads back to the salary.

The experts say that Smollett was paid $65,000 per episode of Empire.  Like a lot of shows, the producers will reach a stage where the number of actors involved in the show.....will be added up and in some simple way.....they can't afford to have the top twelve actors of the show appear in all 18 episodes of each year.  So they break the news....the show will continue on and you will still be character 'X', but instead of 18 shows (for Smollett, $65,000 per show)....he probably was being told that things were fine but he'd only appear in fourteen shows (my humble guess) in the next season.  And if you add the numbers up, he was taking a $280,000 pay-cut for the next season.

In his frame of mind, he figured that if he hoaxed up an assault...got some pity, that they'd raise the show level back to a full 18-episode season.

Now?  I think off Empire, he's finished.  If he does a year of jail-time.....it'll help the producers to drop the character.

Lost respect?  By the time he pays off the lawyers, fines, and settles the mess, there's likely no cash reserves left, and Smollett will end up as a Uber-driver.  A pretty sad fall for a guy to suffer.
at Friday, February 22, 2019 No comments: