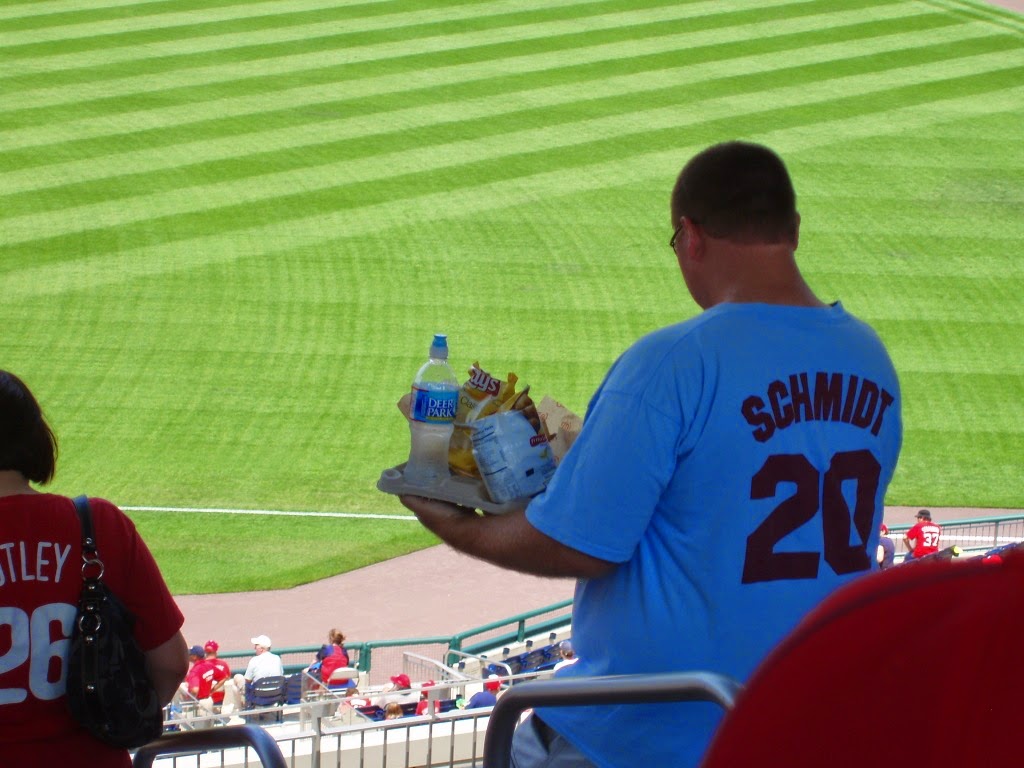 You go to a baseball game....mostly to watch your team hopefully beat the other team.  Amongst other things....you also go for the social atmosphere.  And, you go for the greasy junk food.

The season ends for major league baseball this weekend, and folks will have to settle back for six months and wait for 2015's spring to come, and an opportunity to sit and eat through 3,000 calories in one afternoon....of awful fatty and greasy food.

I hadn't been to a major league game in almost fifteen years....when I went to a Nationals game in 2012.  It was an opportunity to reintroduce myself to all the wonders of bad food, and the escalated cost of sitting through a game in this modern era.

It's hard to walk into a stadium today, and not expect to spend anything less than $50 on food and drink.  By the time you figure a beer or two....a whooper-hot dog and fries....then some chili dog....toss in a $4 bottle of chilled water....then some twenty-ounce alcohol-slushy mix....you've easily past $40 and 1,500 calories.

Even in the shade, as I was.....it was 97 degrees, and by the 8th inning, I started to realize my hydration issue, put down a second bottle of chilled water, and a third beer.

I sat and watched some guys go through six to eight bottles of beer during a game, and at least $40 of ribs and greasy fries.

If you figure grease and fat alone....you probably did enough for an entire month...just in a four-hour period.

All of this says something about American society, our trend toward fatty food with no limits, and the ability to accept a pricing scheme of questionable nature.

I suspect if a guy were aggressive and did six baseball games a summer with his buddies...he could figure on adding at least five pounds onto his frame, if he didn't do anything extra on physical activities.

Diet or change coming?  No.  I just can't see major league baseball changing in that direction.  They might offer some vegetarian stuff, and try to put calorie/fat signs up about everything, but society now has no desire to dump the greasy food or high calories deal.  It is....what it is.
at Friday, September 26, 2014 No comments:

Meaning of a True Communists 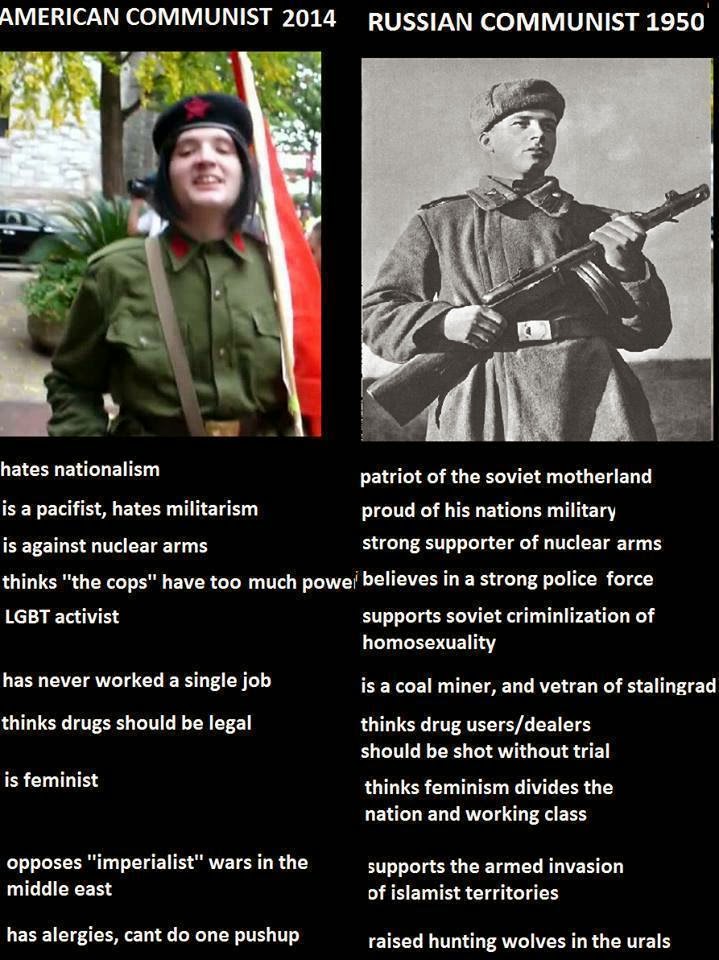 Sometimes, you come and notice a picture pressed across the internet that makes you sit and ponder.  This is one of them.

We used to have a simple label for Republicans, Democrats, Socialists, liberals, Communists, etc.  You could write a 3 x 5 card's worth of information and basically say what some ideologically was all about.  Today?  You can't do it.

The problem is....we are even going this way with environmentalists, where in ten years.....what label and commentary we established for some environmentalist....won't work.

Yeah, a true Communists today....just ain't the plain old Communists that we learned about in high school.
at Friday, September 26, 2014 No comments:

I was probably around thirty years old, when I first observed astro-turf....being able to stand on it and rub the stuff.  My general perception was....it's basically concrete with some weird carpeting over it, and if you fall....it's a bit different than regular grass or sod.  Personally, the last thing on earth I'd want to do....if playing baseball or football....is play on astro-turf.  This was some park that we had in Tucson....which had a big issue with limited rainfall, and they'd designed this for some local soccer league.

I noticed this week a big fiasco going on in San Francisco.  There are a number of fields around the city which are used for soccer and football.  The city admits that while people like the sod fields....maintenance on the fields to keep them in operating condition is a major problem with the budget.  So, they want to astro-turf up the whole operation.

Naturally, folks are ballistic about this.....angry...and frustrated with the way head.

What this leads to is the method of construction of the astro-turf.....being from old tires.  Yeah, there's this big worry over cancer-causing agents.

Accusations are going back and forth.....locals saying the political folks are taking pay-offs from the tire companies.  Tire companies wanting no part of this discussion because they make tires....not astro-turf.

Conspiracy talk?  Oh yeah.  Various people talking bribes, and various people defending themselves because they haven't seen a single dime of a bribe (probably wishing they were bribed in the first place).

The comical side of this?  Out of a thousand folks in San Francisco....I'd take a humble bet that less than fifteen might utilize one of these grassy fields for some sport.

Yep, this topic eats up journalism talents, political bickering, parks and recreation discussions, and expenditures of city funding (which is kinda heated these days).  All of this....to make a marginal group of people in the town happy.

Democracy is an odd thing...sometimes, it even creeps into astro-turf discussions.
at Friday, September 26, 2014 No comments: