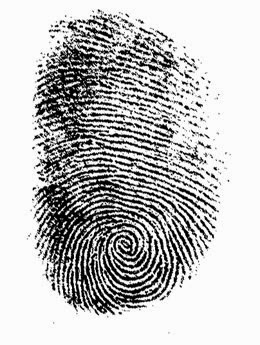 I follow the business news a good bit, and there's this odd story that appeared there....which won't really be displayed on CNN, ABC or even Fox News.  It's about this screwed up business regulation in Venezuela....which will come into play shortly....requiring you as a consumer to display your fingerprint....to buy groceries and consumables.

Venezuela has been going down the tubes economically for two decades.  An irrational government....always on the push for wealth distribution....has gotten to the bottom of the barrel.  So if you were a storefront in any significant urban area of Venezuela....you've had government dimwits arrive and tell you what you can sell items for....unrelated to what you paid for the items to start with.

Naturally, you'd ask stupid questions about their knowledge over profits and operating costs.  They respond that they know better and suggest that they might be able to shut you down.

After a while....instead of offering five different toilet paper options in the store....you start to offer only one option.... some rough cheap paper.  Folks start to negotiate....buying stuff on the black market....creating a hidden market where taxation isn't working and common essentials aren't being sold.

To battle this....Venezuela is going to start a new trend....finger-printing at all grocery and store-fronts.  You buy six jugs of milk....swipe your fingerprints as you buy them.....the government guy notes your purchase and knows your consumption level.  You go and buy forty jugs of milk....swipe your fingerprints.....a government guy comes by the house and asks how you are consuming this (you try to avoid talking about re-selling it at a higher cost and profiting off the dealing).  All of this....leading to fines or jail?

Upsetting?  Yeah, a number of Venezuela folks are asking stupid questions and wondering what company is involved....how they profited off this deal....how much the technology will cost at their local Piggly Wiggly....and where this will lead onto.

A silly use of technology?  You'd have to attach audit experts onto the mess.....consider judges and fines.....and have some expected outcome.  It's silly....but we've developed as a society where it's actually acceptable.
at Saturday, August 30, 2014 No comments: