What Could Have Happened 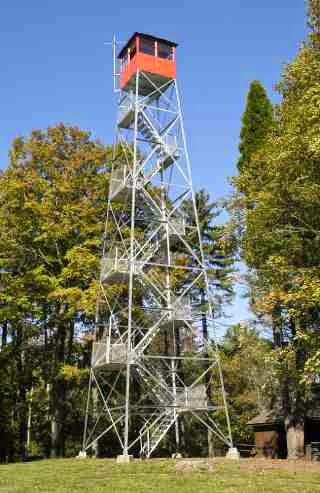 As a kid sitting around in my last year of high school.....I had an associate who would engage me into this "job of a lifetime"....forest ranger.  We probably spent at least an hour a week discussing the idea.

All of this came from some Lassie episodes, some Sunday afternoon forest fire documentaries, and write-ups in the news of this really 'great' profession.

Even after I'd signed up with the Air Force recruiter, these sessions over the forest ranger job idea would come up.  The excitement, I came to realize....was a job where you mostly drove around in an old Ford pick-up with "US Forestry" on the side, standing in some shack 200 feet above the ground, and wearing a uniform.  Sadly, after a while, I questioned where exactly this would lead onto.

Years later, I came to realize that this was one of the lowest paid jobs in the US government, and getting that cabin on the forestry reservation was the only plus-up when you added up the salary and benefits.

I came across an article this week....a rookie US forest ranger....makes $20,908 a year.  Figure thirty-percent taken for state/fed taxes, social security.  Then figure at least $250 a month for health insurance.  You might make $1,000 a month....roughly what a kid would make if he'd gone to the Marines or Army.

The free cabin?  Well, that helps.  Course, you probably still have a 1974 Ford pick-up, and the uniform might be issued out so you don't have to pay for it.

Moving up?  If you actually had a degree, and put in a year or two....you might get up around $30,000 a year.  Course, you'd have to ask yourself....after spending four lousy years in college....is this forestry deal worth all the hassle?

For some reason, I'm kinda glad the Air Force recruiter got to me....beating out the logic of my associate in high school.  I might be sitting in Montana today....wearing some green forestry suit, driving a beat-up forestry truck, and climbing 288 steps to reach my shack above the trees.  My daily priority?  Mostly checking picnic sites, watching for bears, and calling the cops when I noticed marijuana planted in my section of the forest.  Maybe once a year, I'd notice a fire, and get a pat on the back for reacting to the emergency.

Life has a funny way of making sure you don't do something stupid.
at Saturday, September 27, 2014 No comments: