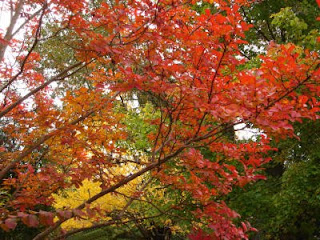 Typically, an Alabamian fights over football, wrestling, drinking in dry counties, and accusations against his political affiliation. This week....some Bama folks stood up to fight for jobs. Actually, they were fighting to steal jobs from Ohio.

There's this intelligence center up at Wright-Patterson Air Force Base in Dayton, where 3,000 intelligence jobs sit. The Bama congressional delegation sent a letter to Army General Ron Burgess who heads up the Defense Intelligence Agency asked about relocating these jobs to Huntsville.

This would actually consolidate a lot of intelligence around the ballistic missile and space analysis functions already there at Huntsville.

Naturally, this letter upset a number of Ohio folks....especially some politicians from up there.

One response was that this was an effort of one state trying to steal jobs from another. I sat and paused over that.

Frankly, Bama has been actively doing this for over a decade now. We even tried to take the Volkswagen plant and have it put in Huntsville as well.

But you have to view this in the opposite position. Why aren't folks trying to come and steal jobs from Bama? There's all these technology and fancy engineer companies in existence there in North Alabama....why not try to steal those?

For some reason, no one is really interested in coming down to steal Bama jobs. This could lead you to two conclusions. First, no one can come up with a great argument why they should move to a more expensive state, pay more state income taxes somewhere else, or face up to more crime as part of the move. The second conclusion could be that once a guy gets used to Bama living...why would he ever want to leave (sarcastically said of course)?

So we come back to this letter to the general and whether something might happen. My guess is that the general really wishes these Bama guys had never sent this letter. He now has a bunch of idiot Ohio political figures calling his office and wanting his opinion on something that he doesn't want to think about.

As for the 3,000 intelligence guys in Dayton, Ohio? They probably are sitting there on the patio this evening...sipping a Pabst...eating some bar-b-q....and wondering how their lives would change in Bama.
Call it a fantasy or a dream...but they sit and dream of NCAA football, husky & lusty Bama gals, leaf burning in the yard on a cold October Bama afternoon, flea markets, Baptist church revivals, 1,500 square foot garages, some neighbor named Wendy who wears a bikini top twelve months out of the year, and a all-you-can-eat catfish platter that would make you weep all evening long at a cost of $9.99.
At that point, these Ohio guys start grinning and thinking "Bama" everyday of the week. Heck, maybe the General is now thinking "Bama" too.
at Saturday, September 18, 2010 No comments:

A Story That's Not Woeful

Yesterday, the Washington Post had a very serious and woeful story over this family in the DC area...the Waleses....who have two kids with serious health issues.
It was a long and very depressing over the family, and the chief item that the reporter wanted you to know....was that the family was to be kicked out of their home. They'd missed payments, and were behind. The community was behind them. The local church was behind them. They wanted to stay in the home. They had supposedly worked hard to get the loan rearranged and thought that they'd be approved....and they weren't.
Throughout this really sad piece....I bought into the story, and felt someone ought to do something. Here was a former Air Force guy....retired, with a pension, and now working with a yearly salary of $120k. His wife was a former Air Force vet and had a disability payment of $800 a month. At this point, I started scratching my head. This couple had a significant amount of money coming in. Pension of likely $22k a year, disability payment of $10k roughly a year, and $120k a year? The couple has a four-star health insurance plan that actually covered the vast amount of hospital costs for the two kids. Something ain't right.
Then the reporter lets you know that they'd had some issue from 2002 and gone bankrupt. So they come into DC and buy another home in 2006 with a massive loan. I started scratching my head again. Wouldn't competent bank folks stand up and stop them at the door? No. The bank said sure.....here's the loan paperwork and readily agreed to this mess.
So here is the curious thing....they buy a 2,200 square foot house for $415k. Their down-payment? Five thousand dollars. With 6.375 interest, their monthly payment was $3,300.
$3,300 a month for your payment? What idiot would sign up for that kind of deal? Toss in two cars, which I'm guessing are both on the fairly new side, and you've got at least another $1000 a month on car insurance, registration & taxes, and the car payment.
By the end of this, I really didn't feel woeful or sad over the couple. I wish their kids a lot of luck in their medical process...but this is a couple that really needs to find themselves a house outside of the beltway....maybe halfway to Richmond....and just rent it for two or three years to get their mess cleaned up.
I realize that some folks will be upset with me over the sad medical story over their kids and this terrible mess with losing their house, but it's another American family that really haven't ever grasped their financial situation. You put down $5k for a $415k house, and you want me to take you serious? As a minimum.....you should have had $75k, and hopefully around $125k for the down-payment. No one should have prepared themselves for $3,300 a month on mortgage.
This is just one family out of thousands across the country that never understood finances and were willing to put themselves into serious jeopardy. The banks allowed them to do this. And we all sit here now in a downward economic spiral.....because of stupidity around the entire room. The protectors of the gate....the banks....should have done their job, but they just didn't grasp that part.
UPDATE: (two days later) The bank involved in this deal has come up....especially after newspaper coverage, and created a brand-new deal. The couple is having a lawyer review this but likely will accept.
The comical thing? It's now turned into a forty year mortgage. Imagine this....with a couple who are both in their late 40's. The cherry on this deal? Even at the end of the forty years.....they still have to pay $100k to take full ownership.
So you can imagine the bank sitting there and collecting payments for twenty-five-odd years and they each pass away.....having made easily made payments worth $500k on this $415k house yet still having fifteen years of payments to go, and the bank takes full possession. So it's almost like a lease deal, and the couple gets nothing in the end. A lose-lose-lose scenario, which everyone likes.
at Saturday, September 18, 2010 No comments: