1.  All six cops demand separate court appearance/episodes, something that the city prosecution team will not be happy or thrilled about.

2.  First case occurs by September and is a failure for the prosecution....no conviction on any charge.

3.  Strong attempt to push all cases out of Baltimore.  At least one case on far east side of state, with heavy white/Latino presence.  Rest of cases will be far west (Rockville, Frederick, Hagerstown), with same issue....heavy Latino/white presence on jury).

4.  While pressing on lighter charges and offering incredible deals.....none of the cops accept plea bargains.

5.  Second and third cases will be mostly all innocent situations, and scaring the urban public in Baltimore that no conviction will occur.

6.  Major riots by October/November.  Cops refuse to provide adequate protection and stand-down on their own.  Mayor and city council is shocked at amount of damage.  Governor refuses to bring the national guard in.

7.  The only guilty gain for the mayor and prosecutor will be one or two charges on the driver of the truck and the fact he didn't buckle the arrested guy into his seat.  Maximum jail time given is two years.

8.  No one in Baltimore by early 2016 believes in 'justice'.  This reshapes the whole Democratic playing strategy for the state, and for the 2016 presidential election.

9.  Cops will refrain from enforcing any drug laws in Baltimore for remainder of the summer.  Statistical average are half of what they'd normally be.

A Moment over Laws

What the law says is that you can't smoke, buy or possess regular tobacco products or electronic cigarettes.

Your fine if caught?  Ten dollars on the first offense.  After that.....$50 or mandated service to the local community.  My humble guess is that if you don't have any cash.....the community service will fall into play.

The odds of this law working?  I'm a reasonable guy and and understand the strategy here.....but it's mostly a joke.  What cop will waste his time on this type of patrol?  The 15,000 teens who smoke marijuana daily in Hawaii?  They will continue on smoking and not worry much about this.

The military guys on post?  Well....here's the thing, most military posts obey the local rules, so the BX guy or the Commissary clerk standing there.....as you step up with lots of condoms and a pack of Camels....will ask you for an ID card.  Sadly, they will sell you the condoms, but not the smokes.  So you walk back to the barracks.....talk to Joe (your buddy who is 21 years old), and Joe goes to the Commissary for you to buy a cartoon of Camels.

The thing here.....is that when you make laws that are unenforceable.....it detracts from the public 'trust' in you as a legislative body.  They see you as a gimmick organization, working on bogus public laws with no balance, no value, and no return.

So, out of the hundred eighteen-year olds who smoke today in Hawaii.....what does this do?  Well....it means you sort through your friendships.....find someone who is twenty-one....and get them to do your Camel purchases.  You get around the law, with simplicity and ease.  Life goes on.....with just a mild stumbling block in front of you. All this democracy around us, with so many tools left to us by the Greeks and Romans.....and we worry about smoking and how to criminalize it?
at Sunday, May 03, 2015 No comments: 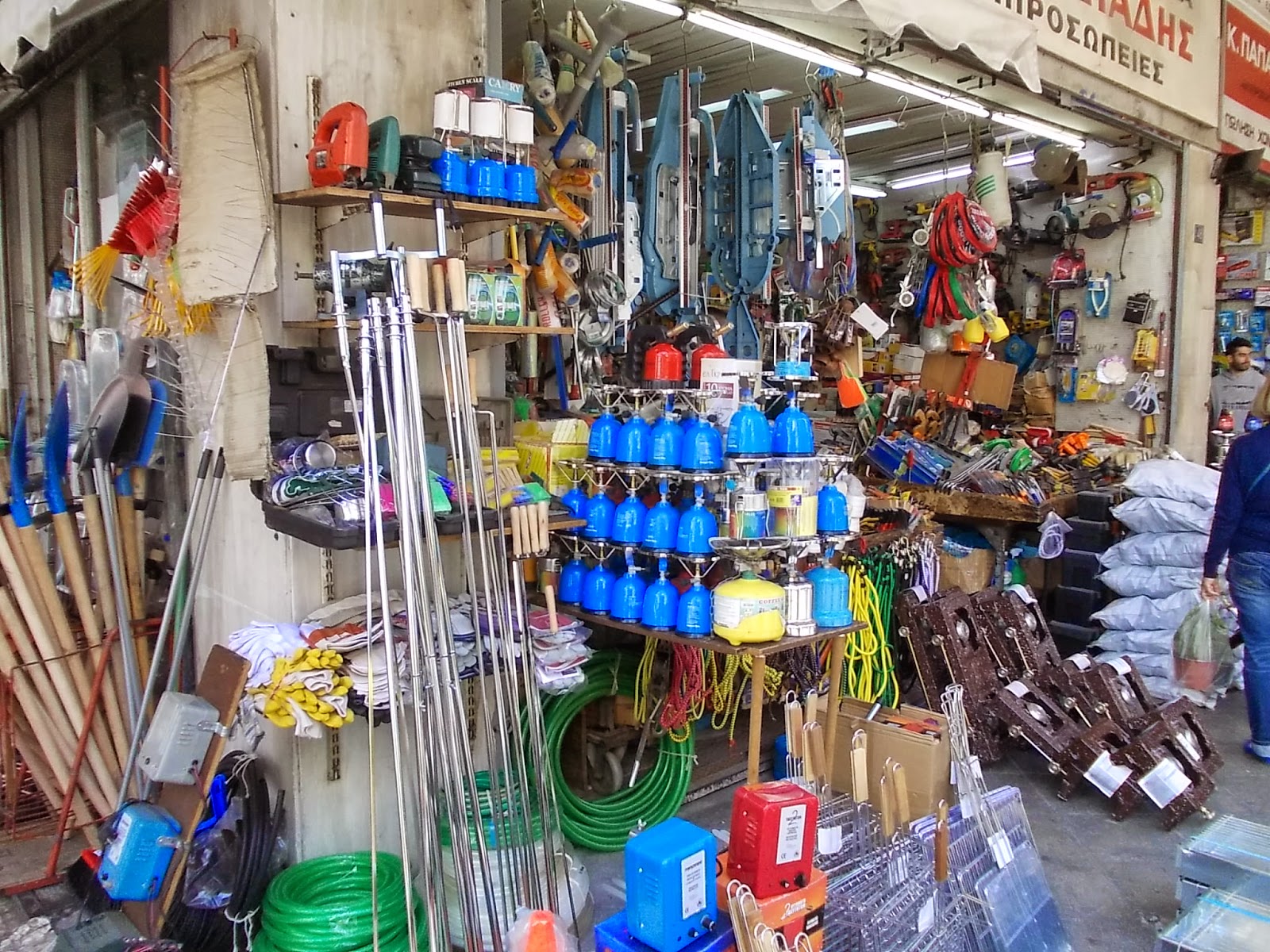 If you walk around the streets of Athens, Greece.....you will eventually come to the Greek version of Home Depot.....a mom-and-pop shop with just about everything....squeezed into a thirty by hundred foot shop.

Alabama used to have shops like this, which thrived off of farmers and the local community.  Most have dissolved away and simply something of a legend today.