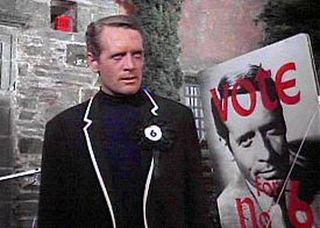 "I will not be pushed, briefed, debriefed, stamped, indexed or numbered.''

There are several reasons why a person enjoys the British series "The Prisoner". Most of these all center around a guy who won't compromise himself or his principals. The quote from above....was the one that I enjoyed the most.

The series was short-lived and the curious end is that you never knew if they were the enemy or his own organization just testing him. It was original and demanding your analysis of each show.

It's funny....over thirty years have passed and I still regard the show as one of the five that defined my sense of logic and ideals. Amongst all of the trash that ever got put on TV....there were a handful that made it to the heartland and brought a wealth of knowledge. When you group it with Andy Griffith, The Waltons, Star Trek, and The Twilight Zone....you had a vast learning experience.

Sometimes, you can gain logic from TV.
at Sunday, November 15, 2009 No comments: 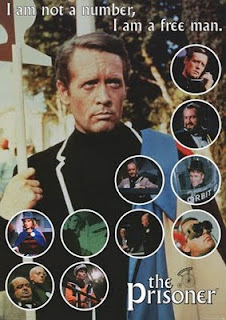 I noticed this week....off on the channel AMC....there was a remake series of the British show....The Prisoner.

I came as a kid in Bama to watch the entire series of the Prisoner. There were only seventeen episodes, and it concluded in 1968. I think I actually watched it in 1974 on the Bama educational channel (thank God that they actually had real Brit entertainment).

There's something about a series, that has only seventeen episodes. You tend to remember each sequence and each detail. It was the "Lost" of it's day. It was well written and demanded analysis of what you viewed. It tested you.

So here is a new Prisoner series. I went to the clip and watched it. It'd didn't thrill me. It didn't give me much of a reason to view the new series.

That's often the problem with remakes of popular series. If you tried to bring back Gunsmoke today, it'd likely fail by the second season. If you brought back up Three's Company.....I would imagine it'd be a marginal success. If you tried to make a remake of the Andy Griffith Show....it'd be a total failure.

I suspect with the Prisoner....we'll see a brief run of maybe two years and then it'll get dropped. Meanwhile....if you are sitting around and spot the Prisoner series at the video rental shop.....pick it up and enjoy a five-star show.
at Sunday, November 15, 2009 No comments: