Just a Humble Opinion on Aliens 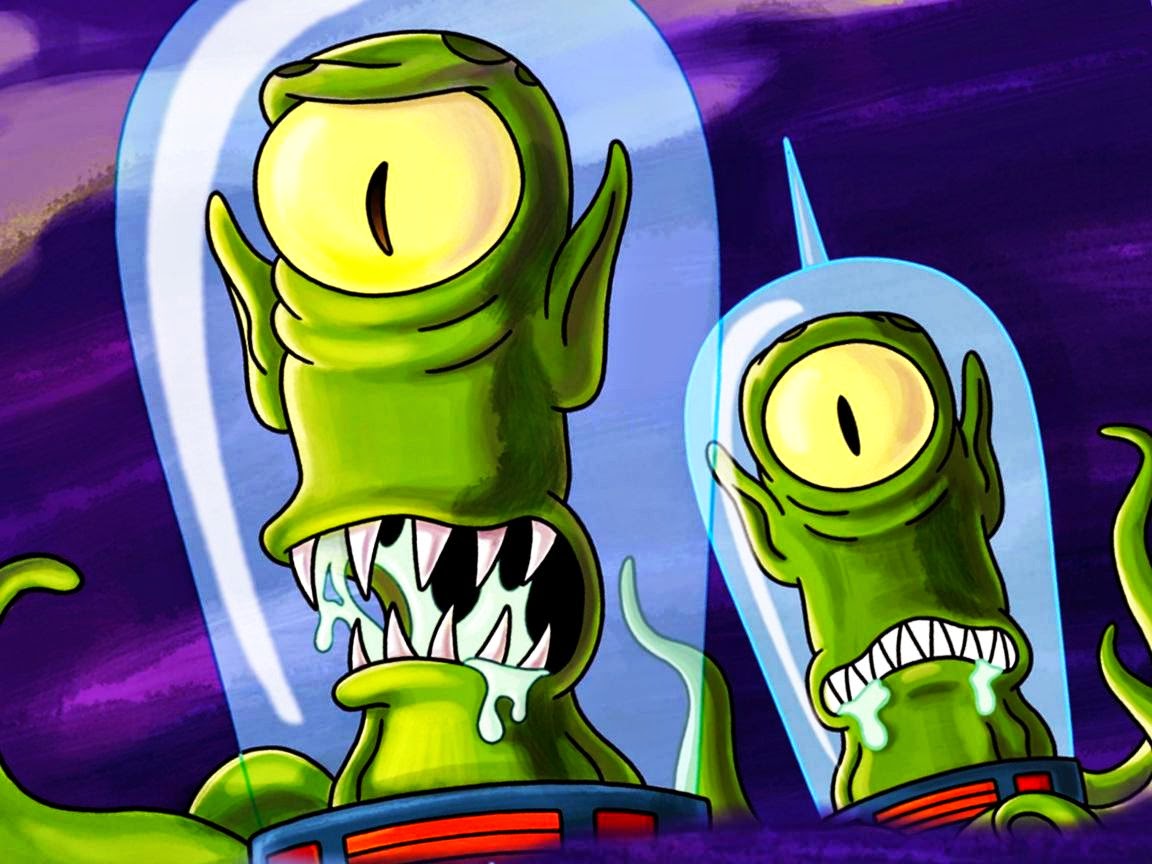 Generally, under just about every scenario you can dream up....I have an opinion of any alien turning up on Earth....being a pretty rough and bad character.

Yeah, I've watched probably over a hundred movies where the aliens turn out somewhat friendly or neutral.....but I've sat and pondered over this to a fair degree.

You'd like to assume that Gus has grown up on a great planet, with good moral leadership, and has all the stuff that he'd require in life.  But there could be a hormone, or drug influencing Gus.....and it's all downhill from that point on.

I'm also of the opinion that if some planet got smart enough to travel this far.....it has to have something on their list to fear future planets coming after them.  Yeah, we might be 200 years away from being a threat, but sooner or later.....we might be the hostile ones.

So, on that fateful day when Gus and his party arrive and offer up some handshakes.....I won't be in line, and I'll be awful suspicious of their intentions.
at Saturday, September 20, 2014 No comments: 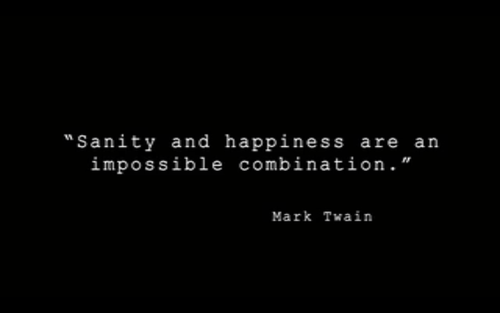 There are probably over 1,000 quotes by Mark Twain that you ought to read and ponder over your lifetime.

Some need to be envisioned, discussed, and put into some focus of your life.
at Saturday, September 20, 2014 No comments:

The Wall Street Journal put out an interesting commentary yesterday (Friday) over the airstrikes discussed by the Administration that would hit ISIS targets in Syria.  Basically, the word is that the President will personally approve each single strike, as the Pentagon comes up to target positions.

Hours later....the Secretary of Defense (Hagel) tried to dispute the commentary....saying that the President as more or less setting the priorities and would have over-view of the strikes.

This kinda brings back memories....oddly enough....of the Bosnia Campaign and how the Clinton Administration dragged itself into the midst of military affairs....viewing daily Air Tasking Orders (ATO) that the Air Force and Navy would hand out to units for their daily missions.

Back in WW II....the Air Force sat down and developed an entire science over bombers and daily missions.  They could line up forty B-17s....have a strategic target set for the evening of the next day....and allow everyone to prepare maps and objectives.

Over each decade since WW II.....we got the ATO process more and more process.  We built bombs that had absolute precision built into the outcome (aiming at center structure of a bridge and simply knocking out a 20-foot section instead of dropping twenty bombs and destroying the whole bridge).  The computer networks enabled mission data to move quickly out and be ready for a scheduled process.  Satellite data got fed into the planning process, and made the pilots smarter over the target and the issues on hitting it.

So, along came Bosnia.  The Clinton Administration decided that it needed to micromanage the entire war....from the White House.  The military's planning structure?  It sat in Italy.  They were on a 72-hour cycle.

The target guys would spend most of a day looking over priorities, values of targets, and then pick the twenty-five-odd targets for X-day (that was roughly two days away).  The pilot planners would then sit and look at the recommendations of the bombs or missiles to be used.  The munitions folks would look at their stock to advise if they had the right bombs or missiles on hand.  The lawyers would review the target and if there were churches or schools or ancient sites nearby. This would eat up the second day of planning.  And then the third day was when it'd hit the squadrons and they'd plan their mission....hitting the tanker at the right point to refuel (if required), and what threats were in the local area, and what pilot would fly which plane.

Once the Clinton staff said they were in the process.....the Pentagon had to build a communications bridge getting data (secure and classified), all the way back from Europe to the White House/Pentagon.  Then a couple of Pentagon big-wigs had to read over the twenty-five-odd targets and grasp the meaning and selection process, as it went to the priority process.  These guys would then walk over to the White House and stand there as the inner-circle of the Clinton Administration walked in.

As this was laid out.....the political guys standing there in the room....were fairly shocked at the science and organized data data put in front of them.  It wasn't a hap-hazard deal thrown together by a bunch of teenage kids.  Organization, science, and logic were heavily administered into this ATO process.

Naturally, questions arose in the first days of this.  Why target this bridge.....normal people will need to cross the river....and the targeting expert from the Pentagon would explain how they picked that bridge and how they'd only destroy a twenty-foot section.....allowing repair to occur when the war ended.

Then they'd go the power sub-stations.....why go after this.....regular people need electrical power.  And the Pentagon targets guy would pull out the President's own priority list, and note that disrupting their power, if it supported a military installation.....was legitimate targeting.

Getting the President's inner circle to grasp the fundamentals and convince the President to agree....became a nightmare episode on a daily basis.  Oddly enough....the ATO guys shocked the White House staff by planning these episode seven days a week.....which meant they had to show up on Saturday and Sunday.....and waste two or three hours on these continued discussions.

Along the way.....arguments eventually got back to the ATO planners, and the lawyers doubled up on their work-load.  You had to know just about every single secondary structure within several hundred feet of the target.  Were there daycare centers nearby, or TV network stations, or baby-milk factories?

So, an entire fourth day got incorporated into the cycle.  Frustrations started to dissipate around the second and third weeks of the campaign....as the White House staff started to realize that this wasn't a one-time a week discussion or chance to argue over warfare priorities.  This was a daily thing, and people just plain lost interest in messing around with what came every twenty-four hours.

Eventually, the war came to an end.  The ATO guys shut down their process.  The bridge network to the White House was kinda dismantled.  Life returned to normal.

Odd to how this micromanage deal got brought up again (as the Wall Street Journal points out)?

No.....go review the guest list from approximately a week ago for a White House function.  Sandy Berger (Clinton's chief political adviser)....attended.  He hasn't been an Obama adviser and I doubt if he's ever been invited to any reception with the President.  But he got onto that list.  My guess is that Sandy Berger advised the President and his staff to recreate this magnificent machine of the President approving targets.

The Pentagon?  They probably just sat there and shook their heads.  Half of the targets for this type of campaign will be spur-of-the-moment episodes where some US Army Sergeant will be attached to an Iraqi unit, coming under fire by 200-odd ISIS players, and he'll need a pair of Air Force fighters to drop some munitions into the middle of the ISIS folks within the next hour.  Will some idiot sitting back in some situation room get the call, and then spend two hours debating the necessity of bombing a target that is within 216 feet of a mosque?  Will the President sit, pause, ponder, and spend seventy-two minutes worried over how this might be perceived by the news media?

Yeah, this is the type of situation that you don't want some political guy trying to make minute-by-minute decisions over the situation about to occur.  The President ought to be there to settle the opening scene of an "opera"....saying what characters will be there....how much the entry fee will be....and ensure that the drama unfolding will be successful in the end.  Beyond that....he needs to stay out of the middle of the mess.

This isn't a simple job.  You have to know when to stand back and let people do what they were supposed to be hired to handle.  Otherwise.....we could fire all officers in the military and just let the President run everything....everywhere, with a bunch of NCOs and Privates.
at Saturday, September 20, 2014 No comments: