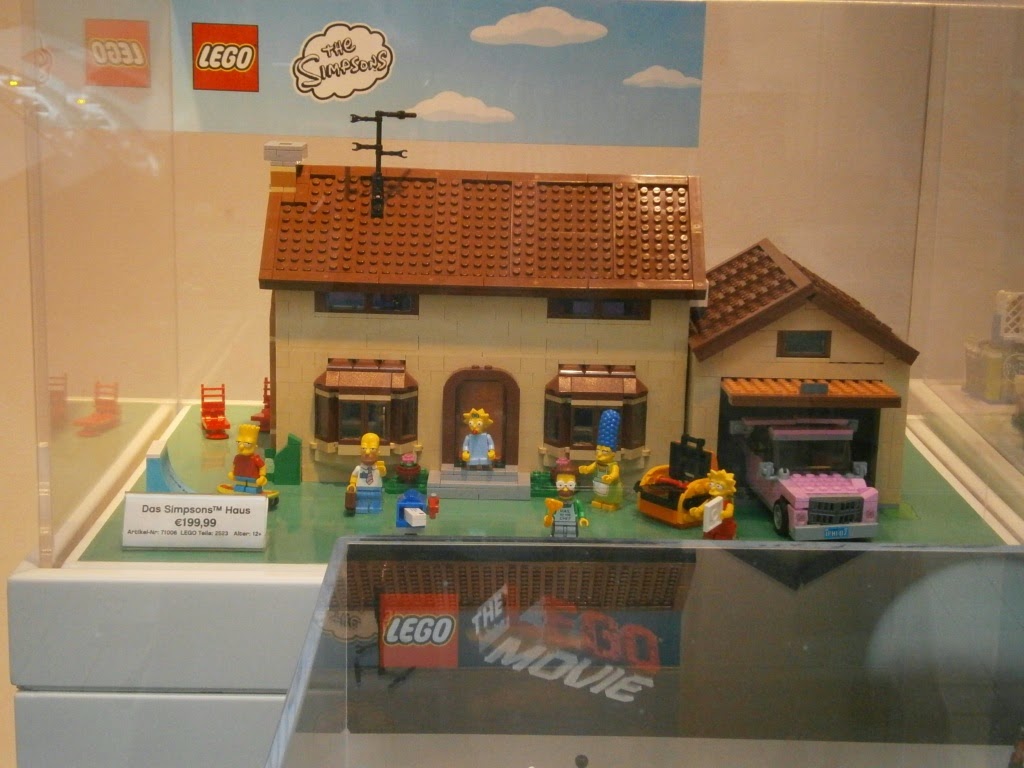 I was walking down the street the other day, in the shopping district, and came to the one-and-only Lego stores in town.  That's all they deal in.....Lego stuff.

I browsed at the window for several minutes and then came to the high-end choices.....a Simpsons house, for the equivalent of roughly $240.

It's an awful lot.  Course, it's time-consuming as well.  I'd take a guess that it'd take pretty much an entire Sunday afternoon to put the whole thing together.

And then?  What?  How exactly will you display your Simpson's house?  Will your wife allow it on the coffee table?  Is there any place that it'll fit in the cubicle of your office?  Will you even display it?

A toy for a kid?  I kinda doubt it.  I'd suspect that you'd have to be at least eight or nine....to read through the instructions and assemble it.  But how many kids would want to sit there for four hours and assemble such a thing?

I'd almost like to stop and ask how many they sell in a year, but I suspect it's more for looks than actual sales.  At best.....I'd guess that a dozen get sold.....mostly bought by girlfriends for their geeky boyfriend.

In the 1970s.....nothing like this would have ever been sold in any town or at any major store.  The minute you spoke of a $50 Lego deal.....it was a no-go.  Today?  Ample funds, wild ideas, and a natural tendency to do crazy things.

On the adjoining shelf was a pirate ship, which ran into the $400 range.  It was double the number of parts and man-hours.

Yeah, for me....it just begs a lot of questions on common sense.  But apparently, we've lost that quality of life.
at Friday, October 03, 2014 No comments: