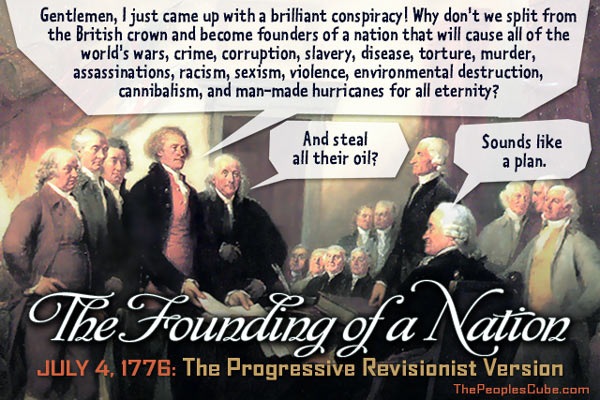 We were devious plotters....from the very beginning.

We plotted to take down the banks of the world.

We plotted to bring crappy television shows to third-world republics.

We plotted to make the world's population addicted to our tobacco.

We plotted to hook everyone into the internet....eventually to spy on their every single move.

We plotted to commercialize pain-killers to such a degree, that people from around the world would become addicted to them.

We plotted to expand violence into entertainment.....so that that the world would be a terrible place to live in.

We plotted to expand out racism, and everyone is part of the overall strategy.

USA Today rarely goes out and does five-star old-fashioned journalism....with investigative reporting.  This week, they published one of the more fascinating articles of the year.

What they figured out after requesting information from the Federal Election Commission....was that dead Americans had contributed roughly $600,000 to candidates since 2009.  We are talking....absolutely dead, with a death certificate to prove so.

It was a nifty little article, with only one issue.  I would have liked to known their thinking, but the journalists can't really go back and ask these dead guys what they were thinking when they wrote the checks.

The odds here?  Most all of these were folks who got hyped up and wrote out some $100, or $3000 check to some candidate....Republican or Democrat....and died the next day.  They died via heat attacks, heat stroke, car accidents, chain-saw accidents, food poisoning, snake bite, drowning while fishing, or died under suspicious circumstances.

I should note here that USA Today says that roughly $250,000 of that money came to Democratic candidates, with the Libertarians safely in the second spot.  Dead Republican enthusiasts were the least likely to donate money.  What this says.....most dead Republicans just are plain stingy with their money, and it's better off spent in some other fashion.
at Thursday, August 08, 2013 No comments:

There was a travel association meeting this week in San Diego.  One of the topics that came out....was this wild suggestion of allowing you to buy half of the third-seat in a row.  Instead of making three guys fit into a very tight space....you'd have two guys sitting in an ample area.  The problem with the idea?  They said right off the bat....you'd have to pay fifty percent of what the seat currently costs.  The positive?  Well....if you had six rows on a plane that you converted to the two-seat scheme, then you'd have fewer passengers on the plane, thus less weight, and fewer bags (less weight too).  So the airline would save money, while making money.  The reaction by the airlines?  They didn't really want to touch the subject....thinking folks just won't pay fifty percent more for what amounts to a 75-minute flight between city A and city B.  To be honest, I suspect that half the public would be willing to stand for an entire flight of sixty minutes, and you could squeeze another extra sixty passengers onto a plane that normally carries 120 passengers.

The Pentagon has said that gay military couples have to be married....to get these military benefit packages.  So they've hustled up this deal....if you are gay and not married to your partner....they will give you (give is really stretched here) a 10-day pass to get married in a state that allows gay marriage.  Ten days.....free....to get married.  You can sense that some anti-gay folks will get frustrated with this deal.  Non-gays won't be offered the ten-day deal, and I'm guessing it will be noted at hundreds of staff meetings around the Air Force.  How many folks will run out to get married?  Maybe a hundred to two hundred couples.  I suspect some folks will review their arrangement and just not feel comfortable marrying their partner, preferring single-status.  And the number of divorces from this get married quick deal?  Well, it's best not to bring up this topic.

Jeff Bezos, after buying the Washington Post, has said in public comments that newspapers will generally all be dead in twenty years.  The only way they survive in his imagination....is digital form.  He may have a point, and maybe his intention of handling the weak Post's profit margin....is to dissolve it from paper print, and require everyone to get a subscription to get a copy.  He might also be able to move half of the journalists of the newspaper out of DC, and into some cheaper surroundings....like southern Virginia, to avoid some of the cost issues.

Finally, while I generally avoid discussing baseball topics....this Alex Rodriguez suspension announcement of the last couple of days....is a major episode.  He will sit and challenge baseball management over this, while still playing and collecting a pay-check.  My humble guess is that no real court decision will be handed down until April-May of 2014....a few weeks into next year's season.  It'll go against him, and the 200-odd game suspension will go into effect.  For the Yankees, it means picking out your replacement third-baseman by the end of spring training, and just have him sitting in AAA until X-day.  This new guy gets roughly 130 games of the 2014 season, and at least half the games of the 2015 season.  He will be a permanent asset of the team.  Rodriguez?  Well....how do you come back eighteen months later and play at any decent level?  The team will likely use him only as a DH, and he won't hit for any value.  Yet, the Yanks are stuck with this guy for 2014, 2015, 2016, 2017, and 2018.  He may not make anything during the 200-odd game suspension but they have to still pay him for the remaining years.  The big loss here?  I'm guessing Alex has a hefty monthly allowance and living cost situation, and he's probably not prepared for eighteen months with nothing coming in.  His agent?  Same deal.....he was likely getting five-to-ten percent of Alex's monthly income.  If you had to pick a major-league with player with zero value and five years of remaining contract.....this guy is the 'king'.