Is It Really Helping?

Today, there's an interesting story out of North Carolina. The Sheriffs have gotten around finally (probably after a decade of reports) to the issue of legal painkillers. They have finally grasped that it's a problem.

Statistically...we know via the state....that almost one-third of the folks in the state....receive a prescription for drugs ranging from Ambien to OxyContin. This added up to 375 million doses. The curious thing? This is from 1 January to today. We still have three months to go.

You start to contemplate the extent of this. One-third of the state is on a drug that has some effect...and potentially a fair amount of affect, especially if you added alcohol to the usage.

Then you start to consider this. Some folks could be getting dual prescriptions...from two different doctors....which is what the Sheriffs are beginning to realize. So the Sheriffs want the state to order the prescriptions to be released to them. They want to compare the lists. You can sense where this is going.

Let's say that 10,000 are getting double doses. Let's even go and say that 2,000 folks are getting triple doses. It starts to make you ponder the safe nature of living in the state or driving a car. Cops don't require a drug test when you have an accident, but that ought to be the next step in this mess.

The pharmacy guys don't like this idea. It'd ruin their market situation.

The doctor's don't like this idea because folks are trying to get what they want and at least getting to a point of paying some doctor for the prescription. So if you mess up this system...the doctor's will lose money somewhere in the episode.

Then you come to this other interesting point. Oxycontin is now a routine drug for illegal drug markets. You go up to Jim-Bo where you buy your pack of Marijuana and then you ask if he can sell you some Oxycontin. Jim-Bo smiles, and within three minutes....he's got the pack of twenty for you.
Why are guys getting into this? Nagging back injuries that have bothered them since high school or from some job injury back in 2003. They can't get over the pain, and this Oxycontin stuff works. The problem is that the pain reaches a new threshold, and one dosage is not enough.
If the Sheriffs push this enough.....folks will just take their prescription from Doctor Joe and drive across statelines to get their drugs legally. And if they can't get it legally....they will buy it from the local dope guy. It's that simple.

Are the Sheriffs running in conjunction with dope dealers? I pause as I suggest this. If you can't buy legally...you will buy illegally. It would help the dope market for Oxycontin if you could make this mess occur. You could triple up the illegal sales of Oxycontin in just six months. Someone would stand make lots of money....just by a legal action.
Makes you pause and think.
at Thursday, September 09, 2010 No comments:

The Hell with Push-to-Talk 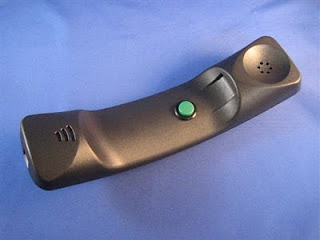 As most of you know....I work in a unique environment, and have been for over thirty years. Working for the Air Force or the Pentagon, you often have to work in secure areas. So there's always the security mafia that you have to engage and work against.
There are certain things that exist, such as the "push-to-talk" phone handle. It's a regular phone instrument but if you want to let your voice be heard at any time while talking...you have to push this green button. You hold the button, until you finish....or keep holding it throughout the entire discussion.
In certain vaults....it's absolutely required, and you grow to hate it hour by hour. A simple ten-minute phone conversation requires you to keep holding the green button and you start to get tired after five minutes.
In other vaults....it's typically optional. This means you never see it unless the security mafia makes a big fit. Everyone hates push-to-talk. It's a false security item that makes people think that everything is secure, but it's really not helping much at all.
So for months in my new office at the basement of the Pentagon....it was never required. With the new VOIPs we put in....it's now a mandatory thing. I'm the guy passing these stupid push-to-talk handles out now. Everyone hates this.
So around customer number six today as I'm passing these out....she states that she's got carpel-tunnel. I'm beginning to sense the perfect argument against the security mafia. I asked....so, do you have paperwork? Yes. So we are going to present this lady to the security folks and face up to problem number one.
If she succeeds....dozens of folks will go and visit their doctor within four weeks....and get their old handles back. Then I asked myself about all these old folks in the group. We have at least twenty folks over 55 years old. They have arthritis and could easily present another doctor's note to cover their issue.
Heck, there could be 19 year old enlisted punks who realize this carpel thing and then get themselves a profile. I can already see my boss, the Colonel, all peppered up and asking why 100 folks in the organization have profiles and carpel noted now? I'll stand and grin as I explain this.
I didn't really care one way or another. You see....I'm a duct-tape guy. I know the mighty power of duct-tape. And I merely grinned at the security mafia when they first brought this up.
It's funny working for the military. You'd never realize the mess one department creates for folks and how things get worked out in the end.
at Thursday, September 09, 2010 No comments:

The Pentagon guys came around to let us know that the building now has bedbugs. My associate attended the meeting yesterday....and a gasp came from the crowd as this was explained.
I always associate bedbugs with a cheap hotel in New York City....for some odd reason.
There was a significant problem in America with bedbugs up until the 1950s and 1960s. The problem virtually disappeared. DDT was this enormous and effective tool, and then it got banned. The strange thing is that for two or three decades.....DDT's legend continued on, until a reintroduction of bedbugs occurred. International air travel helped in this case.
There are some chemical applications you can use....none have the power of DDT. You'd have to reapply them every three to six months. The problem these days is that they all have a chemical smell and you have folks who freak out and can't work in such an environment. So being proactive just ain't going to work.
The Pentagon method? Well....the boys want to steam-clean an area heavily (136 degrees or more). It's safe. It doesn't really fix nothing because they can come right back if you don't get to the "nest".
Over my entire life.....I probably have been in 200 hotels. To be honest, I can only remember two hotels where I questioned the cleanliness of the place or the possibility of bedbugs.
So at this point, I have to associate the Pentagon in the same category as a hotel....and it's kinda sad.
at Thursday, September 09, 2010 No comments: