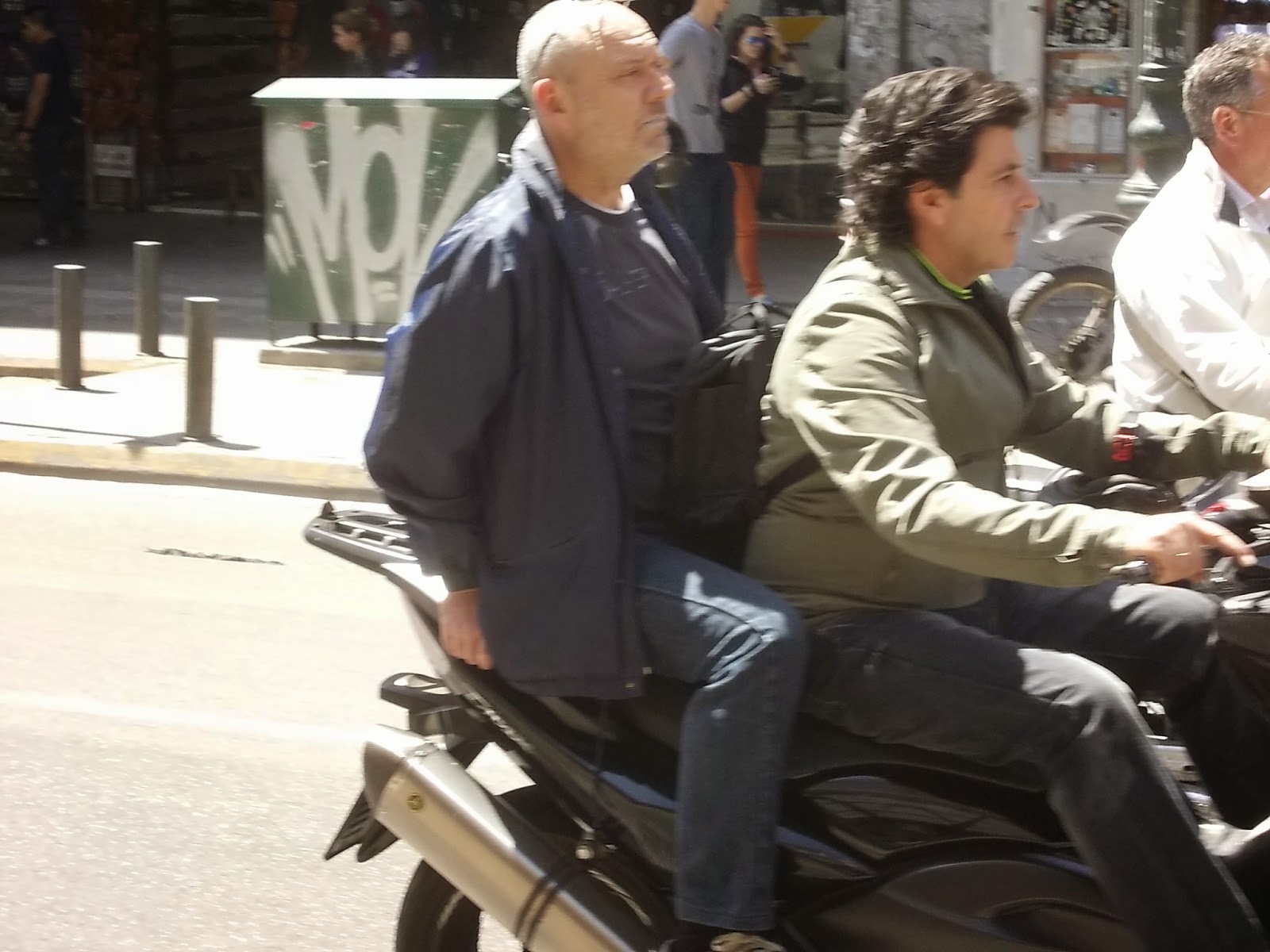 Greeks are pretty tough folks (men and women).  If you stand around and take a decent count over an average day.....out of a hundred motorcycle/scooter operators....roughly sixty will be riding with no helmet.  Greece is OK with this.....being hard-headed is a Greek tradition.

I noted after a week there in Athens....that I hadn't seen a single motorcycle accident. No, not a single one.  No guys hit by a bus.....no one running off some embankment....no guy smashed flat by a garbage truck....nothing.  In fact, I didn't even notice a drunk Greek on a motorcycle.  Everyone seemed to know precisely what speed was safe and what was acceptable. Now, I admit.....it's a statistic that folks don't think about much.  In all of Athens, I'd take a guess that out of 789,000 residents....at least 100,000 folks ride scooters/motorcycles daily.  If you do the math and various formulas.....it means they are fairly lucky folks.

On the subject of scooters.....I'd also make this observation....people aren't picky.  I probably saw at least a hundred brand names.....some South Korean and Chinese models were out there.

The most interesting observation?  I noticed that cops rode on some occasions with two guys to a bike......getting the second guy to some accident or violation episode.
at Friday, May 01, 2015