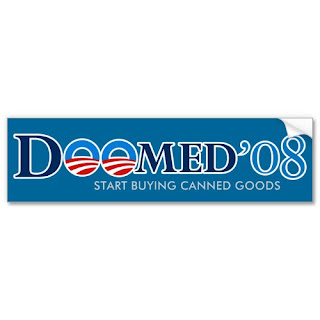 George Will wrote an excellent column this week, with the best quote of the past month: "Cosmopolitanism is not, however, a political asset for American presidential candidates." He was referring to Obama, and of the great Europe tour.

He is absolutely correct in that the majority of Americans, probably over seventy-five percent....do not want any connection of their man for president to Cosmopolitanism. We don't want a big-city or big-country or big-Earth dude wandering around the lands....talking up great speeches but doing virtually nothing because various spin doctors can't sell their vision to heartland America.

Remaking my world or my country or my state or my county or my small town....probably isn't on my top 100 list of things marvelous that the President could do (but wouldn't ever accomplish). Its hard to visualize such a dramatic candidate running around America or other lands....talking up such visions...and still thinking that heartland America would buy this brand name. They won't....its just that simple.

This grand tour ended up like some rock band tour, where fans fell over themselves, but after the evening of fun and frolic....there wasn't much to discuss the next day. It came, and went.

So I'm sitting here on my porch.....still sipping a tea with five or six big lemon chunks in it....still waiting. I have two idiots running for president and would rather waste my vote on Britney Spears....than these two guys. Thats the sad part about this commentary. I really don't convince myself of nothing, except not to vote. And maybe thats the whole purpose of this internal mind discussion. There are three choices....not two. And I can merely sit there and sip tea rather than voting. Simple....if you think about it.
at Saturday, August 02, 2008 No comments:

Email ThisBlogThis!Share to TwitterShare to FacebookShare to Pinterest
Labels: obama

After watching the Al Gore "Fix the Carbon" game for several years...I've finally come to a solution, and its kinda simple.

Its obvious that a number of Americans are really maxing out on electricity usage (yeah, Al is one, but there are several hundred thousand folks in this category). So the first part of my solution is to fix electricity usage. We draw up the family household average. As long as you are at that average or even double.....its ok. Nothing occurs. We don't even bother the folks are using double the amount of power as the rest of us.

The fees are all dumped into the national debt....NOT carbon schemes or helping third world countries out. The plan has a ten-year life cycle. Should any congressman or senator attempt a credit within this scheme.....to help the poor rich man out.....the fees are automatically doubled as to the amount that the senator or congressmen gave as credit. The guy is going to pay....no matter what happens.

What happens at the end of ten years? Well....we cut the guy off from public utilities after he goes past the two times the average user point. He has to acquire diesel or gas generators....wind power....solar power....or just stop using so much power.

We'd start a massive push to lessen the number of electrical plants in the US....and put the burden on the folks who are the carbon issues.

The second part of my scheme? Tree credits. You plant five trees on your property....you get $150 tax credit. Every year, you could earn that credit, for the same ten year period. You plant thirty trees in a year....then you get $250 tax credit. And if you had lots of acreage and planted 100 trees.....then a $1000 tax credit. The young trees would soak up the carbon issue, and again help slowly fix the "pains of the earth".

Finally....the city tree solution. Any town that would plant a dozen trees for each resident in a year....would get $100 per citizen from the federal government....as a excess fund. A town would be offered this deal for three occasions during the same ten-year period mentioned above. A town with 10,000 residents....could clear $1,000,000 on this deal for each year. That would easily pay for the trees, and probably pay for park services for most of these small towns. If a town had 100,000 folks....they could clear $10 million. Again....we are soaking up a carbon problem. And we can really admit that we've got millions of acres of open space in various communities across America....so finding a place to plant a tree isn't an issue.

So I challenge Gore on this saving the Earth agenda. Lets do this the simple way.....and maybe we can even help Gore with his electrical bill a little.
at Saturday, August 02, 2008 No comments:

In a slight slant on topics....the LA police chief this week said that there was "no need for paparazzi laws, because of fewer problems since Britney started wearing clothing."

I sat there and pondered this huge event in LA. The paparazzi are likely standing....shaking their heads....wondering why she had to clean up her act and lessen their paychecks.

Its a sad day in LA....with grown men standing there on the street....uttering past remembrances of when Britney work nothing, the glory days of a $30k picture, and how social life was with all the hotties and pantiless babes. And now? Well....nothing. It has to be a sad day....for someone.
at Saturday, August 02, 2008 No comments: