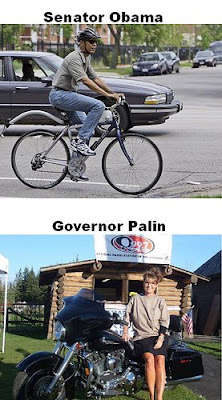 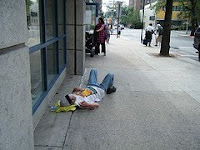 John "The Mighty" (my nickname for the guy) Raskin desperately wanted everyone to know that Sarah Palin had mocked community organizers. John "The Mighty" from Manhattan spoke forth and said: "The last thing we need is for Republican officials to mock us on television when we're trying to rebuild the neighborhoods they have destroyed. Maybe if everyone had more houses than they can count, we wouldn't need community organizers. But I work with people who are getting evicted from their only home. If John McCain and the Republicans understood that, maybe they wouldn't be so quick to make fun of community organizers like me."

Think about my questions for a minute before you answer....because you really might not want to give the answers. And as for John "The Mighty"? Well....don't plan any transfers to Bama....because you just might not find alot of traffic for your needs or customers to discuss organizing.
at Friday, September 05, 2008 1 comment:

Mayor Kwame Kilpatrick is no more. Kwame basically gets four months of real jail (in Detroit's finest facility), has to pay the city $1 million in cash, has to give up his law license, and CANNOT run for any office for five years.

It is a shocker for some....who thought that the great Kwame would continue on the fight or at least avoid the five year no-office deal.

At 38 years old....its hard to say what happens in four months. Kwame will have to find some method of making a upscale income and for a guy with very limited talents....there are few options. I'm thinking he can likely get into the union business, and be elected to some type of position there (regional or state union boss maybe). He could be a power-broker and attempt to lead future corrupt political figures in Detroit to the right connections. Finally, he could get some corrupt charity scheme to use him as a front vehicle....and help keep his face in the media for five years.

I'm guessing he will try to talk various bigwigs into some kind of pardon....to get him off the hook....which the next governor might do....for the right amount of money.

Sadly, we will be Kwameless for five years....and it'll be a heavy weight upon our heart.
at Friday, September 05, 2008 No comments: