In the Air Force, you have to attend NCO Professional Military Education several times in your career. Around fourteen to seventeen years….its a six-week school. To be quite honest, I considered this six-week period in my life to be the biggest waste of time ever. There’s nothing I learned….other than marching around in a circle. They have a big requirement to make three speeches during the six-week period…which are heavily graded and end up being twenty-five percent of your total grade. At the end of my first speech….the instructor just sat there. Most of the guys were given a “C” or “B”, with improvement suggestions. The instructor just looked at me and said there wasn’t anything he could critique me on….I was a “A-plus” and he actually liked my speech. The other two speeches were the same way. The amusing thing is that I barely put an hour into writing each of these, and maybe practiced them maybe three times each.

At some point on the very first day, in the very first hour…in your group of twelve students and one instructor….there is the introduction period. Usually, you stand and say “I’m Carl, from Ramstein, and work over at TRANS. I have a associates degree, and working on my bachelors in Greek history. I’ve been here in for three years. I’m married and my hobbies are gardening, drawing cat pictures and listening to the Beach Boys”.

I was standing there today talking to my associate, who just came out of the PME school a month ago. They were sitting there for their class introduction phase, when the third guy stood up and somewhere in the middle of the introduction…the guy said “Yes, I’m married to my third wife. The first wife was a nut and alcoholic....and the second wife cheated on me while I was deployed.” My associate kinda just sat there, and then the next guy led off and went into the same direction. My associate stood up and did the normal introduction….figuring that this was going to rectify the situation and end this marriage-rehab circle....with no chit-chat over his first and only marriage. But no….the next guy led back into the same topic area.

I sat there, thinking back over my years in public forums like this and how guys never discussed their “details” like this. None of the guys in my period would have ever said in public something to this effect.

I sat there and asked him if this "openness" continued on. It did. It sounded to me like a Doctor Phil episode. One guy talked about his twenty-year old girlfriend.....he was 35 years old. My associate just didn't get it. This wasn't normal. Folks just don't stand there in a professional environment and talk about their cheating first wife or cheating second husband. The obvious to me....alot of folks are on their 3rd marriage.....for both men and women. Twenty years ago.....it was ok to accept a second marriage situation and that was kinda enough. That isn't the norm today.

So why bring up the topic? I sat there and paused on this. In the old days.....guys left work and went for a beer, and talked about their problems. The chance to associate with a friend and sip several beers....gave them a chance to dump problems. Women did the same thing....discussing their lying and cheating husband with a work associate and eventually reaching a conclusion....dump the idiot. But then the Air Force cleaned up. They went sober. They made the afternoon beer call obsolete. They made drinking a sin. They forced these guys to pretend that they didn't have problems. They kept their problems inside and hidden.

Now, these guys are at a point. They need a forum where they can confess sins and dump their problems. With no bars....they take the next best place....their training forums. And the curious thing is that they are meeting folks....male and female....that have the same issues. A learning atmosphere? No....it never really was a learning atmosphere.....even I'll swear to that. But now? Its like a Doctor Phil show....where folks in uniform dump their life. Pretty sad in some respects.

So this is what we know.....there is a West Virginia man who cops say passed gas, then he fanned it toward a cop....and then the cops decided to charge the dude with battery on a cop. No....I haven't made this up. Its not fiction. Meet Jose A. Cruz, who happens to be in his mid-30s and lives over near Clarksburg.

Jose got pulled over on Tuesday morning and originally was a problem with driving without headlights. At some point, the cop standing there smelled alcohol and noticed that Jose had slurred speech. Jose apparently and sadly.....failed three field sobriety tests. Then he was handcuffed and taken to the local station for a real test (apparently the cop on patrol doesn't carry around a Breathalyzer).

There at the station....stood Patrolman T.E. Parsons. T. E. was preparing the Breathalyzer when an event occurred. Jose apparently pulled his chair (so accused) toward T. E. and then lifted his leg and "passed gas loudly."

So when the final charges were written up....battery was added. I sat there....trying my best to think how any dimwit could conceive of such a threat and then label it into a category of "battery".

Now I'm kinda worried. If this was all battery....going back to the seventh grade when I ate bacon and eggs each day for breakfast.....by eighteen....I'd been arrested at least four hundred times at school. Since graduation....I would have been arrested well over 3,000 times. I took to Google maps and found this town....Clarksburg.....and am making a large 20-mile circle....intending to never travel via the limits of this region and face serious issues and possible battery charges.

My impression of time in jail that Jose may spend? Eight hours probably.....but then if I were him....I'd load up on beans, black beer, bacon, sausage and lots of hard boiled eggs. I'd make my stay in that damn jail....as painful for the cops. They deserve it for tossing a poor dude in jail for farting. 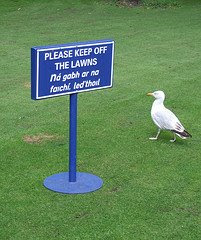 Our boy Al Gore....stood up....at the opening plenary session of the Clinton Global Initiative Annual Meeting in New York. Al said: "I believe we have reached the stage where it is time for civil disobedience to prevent the construction of new coal plants that do not have carbon capture and sequestration".

Disobedience? This coming from the guy who uses twenty-odd times the normal amount of electricity as a normal American family? What kind of disobedience is Al practicing, in order to cut back on his use of power?

After a long two minutes of pondering.....I came to realize the Al "answer".

Al actually wants all of you to turn off your power consumption. Unplug the freezer (with $800 of steak), the fridge, the TV, the microwave, the coffee-maker, the stereo, the sauna, and the other junk you keep in the basement playroom. Disconnect your power requirements from the grid. Yes America....its time to be disobedient and really change America around.

What? You don't feel disobedient? Shame----Shame----Shame....on you. Why can't you obey the Great Gore....and bring those terrible coal plant operators to their knees? Surely, you have the will to do this. Of course....Al doesn't....and will consume twenty times the amount of power that you volunteered to give up. Why won't Al disconnect from the grid? Maybe thats a good question to ask....but no one can get close enough and the media apparently is too dumb to ask such a question.