Bankrupting You To Fix All My Problems 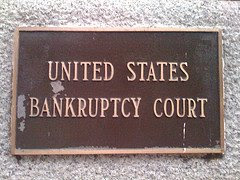 Somewhere in 2007, there was an interview between a radio station and Senator Obama. The topic eventually came around to coal as an energy source. The senator laid out his agenda….basically creating enough barriers, taxes, fees, etc…..to bankrupt any organization that planned to build “new” coal electrical plants. In his mind, bankruptcy is actually a tactic. I listened to this entire interview, available on Youtube and found it kind of amusing.

What the senator creates is something that he can’t envision. As power requirement arise, the energy companies will go through their planning process. As any truthful grid expert and they will tell you that solar and wind energy are great as secondary sources, but you need to rely on the three standard power sources (coal, hydro, and nuclear) for eighty percent of your power. Wind and solar are NOT reliable. It’s the simple truth.

So the engineers will sit there and come to an agreement to build a new plant, thus triggering the Obama taxes, fees, and issues. The company doesn’t care….they need power….because the customers need power. So the company will do the right thing….pass those fees, cost and taxes onto the consumer. Yep, you….the consumer.

Angry? Upset? What will you do? There’s nothing you can do. His tactics here are simple. Be as stupid as possible…..and hope that you are just as stupid. When you feel good about stopping the coal plants….and then see them built….ask yourself who paid for it? And then reality will set in. This is what we all earned for being stupid.

The companies that use bulk supply of power? Don’t worry….they will pass their costs onto you the consumer of bread, milk, twinkies, computers, cars or light bulbs.

So if you were paying $110 a month before on power….your power costs will move up to $135 under the Obama program. And the price of a computer? Maybe another three dollars here. The twinkie will cost 8 cents more. The bread will cost an extra $16 a year.

So if you were paying $110 a month before on power….your power costs will move up to $135 under the Obama program. And the price of a computer? Maybe another three dollars here. The twinkie will cost 8 cents more. The bread will cost an extra $16 a year. You get the bill, not the electrical company.

The money collected? It goes straight into the pocket of the revenue collection guys. They pass it onto the government, who can spend freely or grant it out to wealth transformation or redistribution.

Finally, what are we saying here? Bankruptcy is a government tactic? Really? So if we are unhappy with McDonalds...we rig up beef sales in the same manner and make cattlemen go bankrupt....in support of a US government policy? If we are unhappy with boxing, we rig it up with a bankruptcy policy as well? Something in this logic of pushing people, cities, and businesses toward bankruptcy....sounds like a man with potatoes for brains. You can’t stand in front of any group of serious journalists and pretend that bankruptcy is a solid policy of fixing your problems. I might as well say that bankrupting Chicago would be a positive thing, and find some logic to prove my point.

I know that all of you are rushing now to nominate me for the Nobel Prize for Economics on my new concept of "bankruptcy" as a tool for fixing your problems. But think long and hard on this....what idiot would toss up a concept like this, and then what idiot would be willing to accept a policy like this? 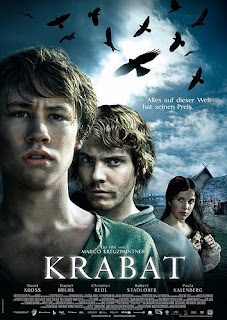 So I went to the German theater on Friday night, and watched a German movie...which you will unlikely ever see. This is the sad part about living in a foreign land....you actually see something that cannot be shared by most Americans.

Stars? I'd give the script, the acting, and the music...five stars. It was probably one of the best movies I've seen in the last five years and would easy take on a dozen top American movies....if it was ever taken to the US. But the truth is that with sub-titles....it just won't make it to small towns or major cities in America. It goes to campus areas and New York City.....and thats the end of discussion.

Krabat is about a kid who is existing (by the narrow definitions of the word) in a Germany of three hundred years ago. He has drifted and made his way to some isolated valley....to learn the art of magic. It is a Harry Potter-theme....except this is not happy-go-friendly script that Harry Potter would get. It is dark, dangerous, and full of death.

This kid will find himself learning the art of magic and discover himself chained to something that he cannot leave. The master of this "school" is not what he appears to be and the misery around these students is tragic in a number of ways.

The end is what you'd want....where good triumphs over evil and the innocent escape misery, woes and sorrow.

Should you be given a chance to watch the DVD with subtitles...do it. Should it come to your local theater....take the evening off and watch it. Settle back for old-fashioned story telling and a few moments of rare entertainment. They are so few these days. On some rare occasions, these Germans actually do make some 5-star films.

Email ThisBlogThis!Share to TwitterShare to FacebookShare to Pinterest
Labels: krabat

Up in New Jersey this week, for Halloween...the school said that kids could come dressed up to school....just to be different. Some kid at the Paramus middle school came in dressed like Jesus. Yep, Jesus, the ONE.

At some point, and it likely took the director an hour or two to grasp that the 13 year-old kid was portraying Jesus....then he cut the kid loose and told him to go home.

This kid was dressed up in sandals, a robe, fake beard and thorns. Some of the kids did indicate that they felt it was offensive....although the kids dressed as the devil or Satan....probably got a free pass on this. The kids likely felt comfortable with Satan-dressed punks around.

The best that the school could say....was that this was a disruption and had absolutely nothing to do with religion, jihad, or God.

"I don't think I overreacted," Principal Joan Broe told the CBS channel 2 news crew that showed up at the school later.

The kid's parents didn't really say a word....and had no issue with the selection of the outfit. They also hinted....smiling.....that the Jesus outfit would be resurrected for Friday night and trick-or-treating.

I sat pondering about this. In my old highly Baptist school in Bama....that I attended for nine years....they would have given the kid a big slice of cake and a Sundrop, and even had the teachers taking pictures standing next to the Jesus-kid. But thats in rural Bama.