I rarely chat about work....because it is too boring. But today....it was different.

Around noon....here in the Ramstein area....the wind took off and light snow was falling (damn early, but who cares....its over 32 anyway and it won't stick). For months....there has been a tree next to my building...actually four trees....and it was a good 20-percent lean.

We told the compound custodian guy....and he told engineering at least three months ago. No one came.

Today, with the wind, it finally came crashing against our one-story building. The amusing thing....this was a 150 foot pine tree....with just branches at the top twenty feet. The building was 100 feet away....so it fell right onto the roof. A "thud" could be heard in the vault. We thought....damn....must be an explosion or something.

There in the midst of this fall....was our brand-new bike-rack....complete with a tin-roof. We finished it on Monday. I sat there laughing....the steel structure was ok...but the roof was fairly messed up. The boys spent an entire morning mounting this roof on Monday.

It was a curious thing....it was there where the smokers hang out and puff away. If any smoker had been standing there....he would have been smashed. For some reason...a freak of nature of a act of God....smokers were not there. An amazing miracle...in some fashion (at least smokers would say that).

Immediately, this became the event of the compound...and engineering showed up within forty-five minutes to take the tree off the building....then discovered a couple of punctures on our roof....and were busy fixing them.

The boys and I were looking at the mess....and the continuing wind....and the three remaining trees which were swaying away. We figured they'd cut them ASAP....but they only came out late in the afternoon....to cut one of them. The other two? Still up and leaning. Snow? Well....actually they predict half an inch over the weekend. Maybe I'll come in on Monday and find two more trees laying on the building.

Anyway....the sole bit of excitement in my job for the entire week. Pretty pitiful.

My Words For Ford

What should Ford, GM and Chrysler do....to make their situation pleasing to congress and the senate?

I sat and pondered this in the afternoon....considering the massive problem they have and how most congressmen are under serious pressure.

First, if I were a CEO....I'd dump my private jet and if they called me to Washington....I'd ride AMTRAK all the way there and then take a taxi. I wouldn't wear a suit....I'd come in a pair of jeans and t-shirt. I'd put up a glass of Gatoraid to drink and then have a biscuit or two up on top of the table as I spoke to the dimwits in charge.

They would cuss me out and knock me around....and really dump on me.

Then I'd lay out my ace on the table. If any of you idiots want a Chinese company owning Ford.....building the parts in China....rather than Ohio or Michigan....with assembly in Texas or Georgia....stand up!

If any of you would like forty percent of the current revenue picture to change....with money shifted to China....rather than Tennessee....stand up!

If any of you would like for some Chinese parts guy to show up and bargain up with some local political guy.....getting his ducks lined up.....and buying this guy for future favors in 2020 or 2025.....stand up!

If any of you like to be insulted like I'm doing right now.....but by real voters doing it back in Bama, Ohio or Oregon.....just stand up!

Then I'd smile awful hard at the folks.....sip a bit of water....and wipe my forehead because of a overheated congressional meeting hall. My ending? "Folks.....you can suck up to NBC, Rush Limbaugh, newspapers, and even Paul Harvey.....but come the end of the day.....I'll just go home and happy to own my house and tend to my vegetables. You folks.....will have a nice mess to clean up....without me around. Think about the situation carefully....because you will not find your perfect solution.". 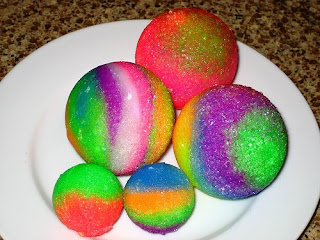 Somewhere, a freaked out crystal ball this week showed up....and some absolutely amazing folks came up with a report entitled "Global Trends 2025". The amusing thing is that it was the National Intelligence Council that produced this. So here are the vast predictions of this group of dimwits: (1) Global warming could be a boon to Russia, (2) Russia would be overrun by organized crime, (3) The US and its dollar would decline in importance over the next fifteen years, (4) the warming earth will extend Russia and Canada's growing season, (5) no problems would exist in getting to the vast north frozen lands because they would unfreeze and thus strengthen our economies, (6) countries in Africa and South Asia will find themselves unstable and in chaos, (7) conflict will be greater because every one will compete for declining food, water and energy, (8) al-Qaida's would disappear because of its growing unpopularity in the Muslim world, and (9) US power would decline and we would be stuck with various domestic problems because of global warming, and economic issues.

I sat and read this garbage for a good thirty minutes.....wondering what exactly their analysts have to do for forty hours a week. First, a lesson I was taught many years ago as a intelligence analyst....you can only predict out as far as you can see. Logically....a year or two. Beyond that...your estimates are worthless and probably riddled with just plain "guesses".

Why not ask important questions? Will "Lost" finish up with Ben? Will Ben die in the final episode? Will the New York Yankees recover and begin another dynasty? Will Madonna give up her boy-toy and chase Jay Leno out on the west coast? Will Ford survive? Will GM survive? Will Texas get any bigger or smaller than it is today? Will beer taste better in 2025? Will God allow meteors to strike the earth and destroy El Paso? Will faith healing become a college class? Will Hustler fold up and become a religious magazine? Will the Green Bay Packers ever win another Super Bowl? Can Rush Limbaugh be stopped by Obama?

Surely the intelligence analysts can answer these questions? Right?

Frankly, I can never recall a bunch of dumbasses being called together like this to package such a report....that has zero value. I mean....if you know you can predict this....why not stop it? Why not terminate Russian crime? Why not help Ossama Bin Laden survive? Why not save the polar bears by shipping them off to Mobile Bay? Surely thats the reason for this report....to save the earth, and America?

The United States of America? A third-world poverty-stricken country by 2025? If so....I think we can just fire a bunch of intelligence analysts and just save the money for our poverty situation....right? Surely, they would agree with me? The thing that really gets me....they wouldn't even touch the topic of American-made cars.....will GM, Chrysler and Ford survive? Well....we just don't know.

Lets sit back a moment and consider what these dumbasses have given us. First, they were helpful in getting WMD information on Saddam....right? Well....yeah....they were in on that deal. And they were really helpful in knowing ahead of time on 9-11.....right? Well....NO.....they didn't forecast much of anything. The various crisises of Bosnia? Well....they were mostly worthless in predicting those as well....although they were great at reporting things after the fact. We should have done this or should have done that.

Frankly.....if you claim that you work for the NIC....you ought to dig out your resume....prep it for some forest ranger jobs....and start looking around. If you intend to make this your main work in life.....prepare for mostly a fictional job....with no real output.

For those guys who intend to stay in the NIC.....start your baseball fantasy predictions in March and help us poor slobs out with the best picks in the spring. And if you can.....give us an idea about Ford......I'd really like to know if they survive or not.
at Friday, November 21, 2008 1 comment: