Boycott Bama? Go For It 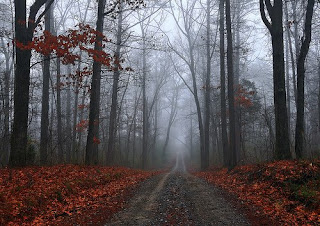 Somewhere, out there in the mighty woods of Bama.....there is a threat.

This fellow...Joe (its always a Joe, you know) has started up this web site.....Boycott Alabama. Apparently Joe and his GM friends feel that we in Bama have stood up against the auto industry, GM, and the union guys (UAW).

To be honest and completely true here.....both senators from Bama said "no" when the auto bailout deal came up. Neither think the package saved anyone and simply tossed money into a pit.....and we'd be back at the pit in six months for another fifteen billion.

I read the entire web page, and paused a long time. I'm not used to someone trying to boycott Bama. I was willing to give them a free pass....and then, I decided I just couldn't do that. So I wrote Joe a email letter.

I read through your material....and after a long pause....I've decided enough is enough....I'm going to boycott GM.

It was a hard decision to make. Once upon a time....before the 1980s....GM made real cars and was a decent manufacturer. But over the past thirty years....GM vehicles have become overpriced and barely worth the price that they want you to pay. The benefits package (note: I didn't say the pay scale)....is beyond the norm for any car producer. It simply adds onto the cost of every single vehicle.

And here....rather than look at the bloated nature of GM.....the incompetent management....the cost of making every single vehicle.....and the arrogance of the UAW.....you decide to pick on Alabama?

So in the broad scheme of things.....I think this is a boycott on a 6-cylinder engine....with barely three cylinders running. The brakes are barely functional.....the windows are stuck in a permanent rolled-down position.....the key works only after jabbing it in forty times....the trunk lock is non-functional and has been for a dozen years.....and if lucky, you might get fifteen miles per gallon. So drive on with this boycott....as far as you can....until your GM car halts by the side of the road.

Anticipate this....if you are halted on the side of the road in Bama....we'll naturally pick you up and carry over to the gas station. If things don't work out....we'll invite you to the front porch and share a ice-tea with you. We'll talk over septic tanks, brake pads, NASCAR, and college football. We won't treat you in any ill fashion because of your lousy boycott....we'll even overlook your politics (ifing you were Republican).....and just act awful nice toward you. You might be shocked at how friendly we folks are....even if boycotted....but then, that why we are what we are.

And will the boycott ever achieve anything? No.....don't expect much of anything....except a few laughs on Monday morning when Bama folks ask what you boycotted....and the response is you don't have an idea of what we produce or sell.

Anyway, two cents of thought from a Bama-ite. I used to buy American-made cars....but I quit.....long ago....and I just don't see myself going back.

That was it. I felt good hitting the "deliver" button. The mere idea that some fool thinks he can threaten Bama.....just won't work with me. I browsed around today looking for commentary, and this guy kinda irked a couple hundred Bama folks so far, and I'm thinking by Monday night.....there'll half the state pretty upset about this threat.

You want a boycott....got for it. We can forget about GM real easy. It won't take much effort to forget about an incompetent company.
at Sunday, December 14, 2008 No comments:

This is the third in my series of blogs....over comments made at the People's Cube. I've sat and pondered this thoughts a good bit.

Did you know that if President George W. Bush really WERE Hitler, most of his political opponents would be dead by now?

For the past four years, I've heard this comparison to Hitler alot. As a historian, I usually laugh at the comparison because the person obviously knows little about history. The comment there is rather deep....because its absolutely true...if you were voicing any issues with the Hitler regime...you were picked up and sent off. The Bush administration hasn't done that.

Did you know that after almost 50 yrs on this planet, the US Presidency will be Barack Obama's first REAL job?

I pondered this for a while. Lawyers spend a heck of a lot of time in school...so they don't usually finish until their late 20's. In his case, Obama went onto do some minor work in NY City, then moved onto graduate school....and then to volunteer work in Chicago. Its difficult to classify anything in this area as REAL work. And when he finally got hired on by the public to be a state legislature guy...most of the time, he just voted "here"....rather than push or discuss matters in the forum. When elected to the US Senate...there isn't any major legislation that you can tie to this guy or overseas travel for the Senate. So if you looked for REAL work....there isn't any. The Cube is right about this question.

Did you know that if politicians could run things like the auto industry successfully, the Soviet Union WOULDN'T have collapsed?

In a humorous way, its a good comparison. The American car industry is pretty much as socialized as you can get. The American car industry is a failure....they won't even deny it when it comes up in conversation. To think that the US government would own part of the car empire...and think they can make it work successfully....is a joke. The Soviet Union eventually collapsed because every part of the game...was corrupted. Nothing could exist without massive funding.

So my two cents of analysis for today.
at Sunday, December 14, 2008 No comments: