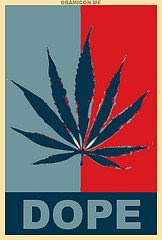 Apparently today, we have thousands and millions of mary-j-u-wanna advocates who are demanding a boycott of the Kellogg folks....for cutting ties with Olympic hero Michael Phelps. This came after last week's episode where he was photographed with a pot pipe, inhaling, we assume....but maybe he was just faking.

Kellogg was been referred to as "hypocritical and disgusting," thus earning a great deal of hostile anger by dopeheads.

My general feeling is that if you had huge endorsements in your hand for a year.....making over $5 million for just smiling and looking good....I wouldn't do anything to screw that up. If you asked me to ride a horse each day, wear a three-piece suit, and kiss old women.....I'd do it for 365 days. I wouldn't do anything to jeopardize that contract. I'd collect my money, and then run off to Honduras, where I'd go wild and look like an idiot.

In this case, Phelps was totally wrong. He should have had a guy watching his back and making sure that he stayed in a straight line for 365 days. As for dumping on Kelloggs....well....they can pretty much sign anyone they want and fire anyone they want. Logic and reason don't apply.
at Wednesday, February 11, 2009 No comments:

What makes this fascinating to read...is how various players in the Obama administration are today part of the grand "you-can-be-a-junior-secretary-of-state" program. Joe Biden is one, so is Richard Holbrook, so is George Mitchell, so is Samantha Power and James L Jones, and so is Susan Rice. Even behind the scenes....within each of these players.....are junior-junior players who will also be part of the grand scheme of things.

Yes, Hillary is basically the person who simply goes off to countries and makes them feel good with the "Bill-feeling" and makes a grand speech. She comes back, and if lucky....gets a lunch with BHO the next week. There is no Hillary program, no grand comeback, and no special meetings that she will really contribute much to.

I think she probably is sitting there now....realizing how quick they developed this whole scheme and she thought of her position as being able to build upon. Its not. What she lost here, was a senator's seat and any possibility of power. She is basically finished now on the political trail.

Several weeks ago, with the Kennedy dump in New York for senator....I felt confident that Hillary would come back and be the VP in 2012. It was very possible. But today, with all of the junior plays of this administration being foreign ministers....she basically has no ability to sustain any comeback. She's finished.

What we can ask here....is when does the dance for Hillary come to an end? Will she last out to 2012? At the present rate.....I'm not much of a believer. I think she will do a two-year term and have a nice going-away function. She'll likely get some university position in the New England region.....and walk away.

As for the ability of this administration to make gains internationally? Zero percent now.....with this many players and the potential for screwups.....I don't see progress being made on any front presently.
at Wednesday, February 11, 2009 No comments: