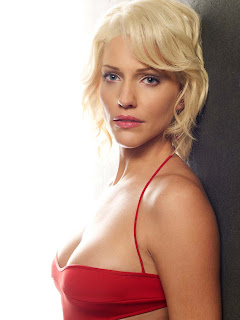 There are around five shows that I truly care about on TV. Battlestar Galacticia was one of them. Last week....came the final episode.

It was one of those that you could not have expected. I got this from clips and written commentary.....because its heck to watch US TV in Germany.

First, the folks had thought they had come to their intended target....Earth....and found a wasteland and destruction. Whatever had been there.....was long gone. It was destroyed long ago. Then came the Cylons, and what they perceived as the final battle. The humans won....but the ship was mostly destroyed and things were going downhill fast. Then Starbuck plugged in her dream location that she kept thinking about and they "jumped"....and then suddenly found themselves in a orbit around a planet that looked just like Earth. The Battlestar was dying....they had no real time....so they evacuated themselves to the surface and found the real Earth....but 200,000 years in the past.

Naturally, the bulk of the story ends here.....because you then realize that they are the ones who brought civilization to the Earth....and how we developed today. It is a shocker of sorts.

For me....this was a creative series from start to finish. The thing is....you just can't avoid looking at this scenario and wondering if this was the method that humans eventually came to this planet.

Its the wonder of things that goes through your mind. Maybe....maybe not. Things are strange in perception to our unknown history. We have to point to state the obvious....we merely guess.

I found this series to great in teaching leadership, judgement, ethics, and wisdom. They led you through a course in various aspects of human life. You have to make a decision based on what you know or don't know. Then you take the risk. I came to enjoy this show for the various risks that they displayed.

So its over....or so we think. The funny thing is....what happens to the human-like cylons that made it to the Earth? They don't die? Do they? And if not? Are they still on Earth today? That would be the curious part of this entire end....and they leave you hanging. I'm guessing that they do still exist....for story purposes.

Oh, and by the way....if you were curious about my favorite character....it is Number Six. Between Number Six and Seven of Nine......my heart breaks every time I have to make a choice over who'd I fall for....because I just can't make a decision like that.
at Monday, March 23, 2009 No comments: