A Moment of Sorrow 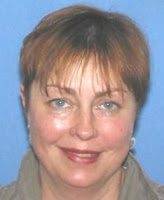 For the past day or two, this murder-suicide in Bama has bothered me. This will likely the last I’ll write over that woeful evening where things went wrong (the Kevin Garner episode). At some point, he shot his sister Karen Beaty (formerly Karen Garner), with her son, and his wife and daughter.

Karen was a year behind me at Lexington, and lived two miles down the road from my house. To best describe her….she was extremely intelligent but an extremely independent individual. She was a softball player figure of a girl. She could easily mix four-letter words in between her comments to get a point across.

I had around two classes with her over the three years I spent at the school. She could be charming but she was more like the girl you’d want to avoid because she was fairly direct and might say anything that would come to her mind….half insulting you at times but maybe it was a bit of sarcastic nature that people didn’t recognize. I think some guys....even older ones....were intimidated by her nature.

At some point in the twelfth grade, she started dating this guy named Dennis….who was amongst the top five football players on the team. It would be safe to say that Dennis was lucky to get such a gal but it could also be said that she was lucky that Dennis could accept her direct style. Anyway, they married at the end of high school….her parents bought up a trailer and moved it straight across from their place, and she got a job (banking, I thought). Dennis apparently didn’t really move along in life, like you’d expect. At some point around a year into this marriage, it was obvious that Dennis was spinning wheels and not an achiever, which was Karen’s style. So they divorced somewhere along this line.

After that point, I lost track of Karen. From what I’ve read in the paper….she somehow ended up joining the Air Force….either the reserve or active duty…..and spent a number of years in. She had married some guy who was also in the Air Force. Around age 36, she had a kid (killed in the assault as well).

She and her husband had settled up around the Illinois area, near Scott AFB. She was 48 years old. She was proud of her son. The kid had made an impression in his school…..stating his dream of being president one day….at the beginning of the fifth grade.

In the end…she was tough and independent….helping the sister-in-law with the court episode and standing by her, instead of her brother. She was probably just as tough in the final moments defending those around her while she could. She did what she had to do. In some way, it was her nature.

I could write a thousand lines on people and their contributions in life, or their history or what they did right or wrong. What I can't write....is a decent obituary. In fifty lines, I can't tell what has to be spoken....short and to the point. From what friends have said in various news bits and in forums....make her bigger than life. I'm guessing that wasn't her style....she wasn't a bragger of sorts, I'm thinking.

So I will end this blog with an funeral poem, and wish her family well in these difficult times.

Do not stand at my grave and weep,
I am not there, I do not sleep.

I am a thousand winds that blow.
I am the diamond glint on snow.
I am the sunlight on ripened grain.
I am the gentle autumn rain.

When you wake in the morning hush,
I am the swift, uplifting rush
Of quiet birds in circling flight.
I am the soft starlight at night.

It was a fascinating science announcement. Here was the White House science adviser dude…..discussing that global warming is so dire and so close…..that we now need to discuss radical technologies to cool Earth's air. AC the earth, to save it?
Yes, that was the basic concept that John Holdren laid out.

We have to admit….this is John’s first interview, since becoming the science adviser dude….and we aren’t sure if he had total approval on what he said via the teleprompter chief or not.

The idea or option here…..is that someone…..we won’t say who….would shoot up pollution particles into the upper atmosphere. Here, based on science, and a bunch of models that were drafted up….this apparently would reflect the sun's rays. John was fairly honest here….saying this idea….would only be used as a last resort.
John kinda added at this point: "We don't have the luxury of taking any approach off the table."

The amusing thing about this….is that the British parliament has discussed the idea. Naturally, if a bunch of Brit’s have discussed it….it can’t be wrong. There were the ones who brought up Monty Python and Mr. Bean, you know.

One part of me wants these fools to move at lightning speed toward this concept…but for the wrong three reasons. First, I’d like for idle hands to be kept busy. If you had to pick a concept that fairly simple to waste time on….this is the one. Second, once you accept this method….why waste further money on other methods? So we can eliminate vast numbers of projects in the science arena and put various scientists back to useful projects….like improving popcorn or making catfish bigger. Third on my list….this will likely trigger a quicker move to global cooling (maybe overnight, instead of a fifty year trend), then we can get down to real business and figure out how to warm the earth (naturally, put out of work scientists back to work).

The natural problem is that no one….with or without a degree….can say what “normal” temperatures or normal climate….should be. And that puts this entire idea of climate control under a microscope. Without a starting point, you can’t say precisely what things could be and you also want to toss out a key factor of what made the Earth….something quiet odd….a place where nothing stays the same. Somehow, we’ve developed this concept where we think things must stay in some order, and we actually believe it.
at Friday, April 10, 2009 No comments: