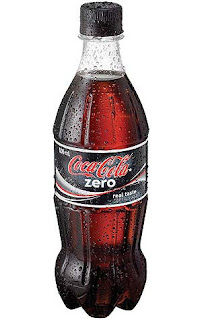 Shockingly enough....and not mentioned much by any of the big-time news organizations....yesterday, Venezuela (our friendly neighbor to the south, run Hugo (You know) Chavez, pronounced Coke Zero as a threat to the nation. Naturally, this means an immediate ban to Coke Zero.

The best we can say....is that Hug finally got convinced that there was a danger to your health. He didn't terminate plain Coke, or Pepsi, or even Mountain Dew.....just Coke Zero.

Kingdom of the Czars

Dang, as if by magic....another Czar position was created yesterday. At the present rate, I think there will be over fifty Czar's in the Obama administration by 2016. The curious thing...is that they all report back to the president...so naturally, they are vying for positions with the special diplomats that he hired that run the state department over Hillary, and then those dang cabinet posts. Oh, so we don't forget...that VP Biden dude...who probably gets eight minutes each week to meet with the boss.

I realize....you folks from Ripley and Red Bay sit there...scratching your head. You might be thinking this is the guy in charge of forcing GM or Chrysler to pay you for crappy cars that you buy....but no. This is a guy who would set salaries and bonuses in corporate America.

Naturally, I pulled out my copy of the Constitution....spent five minutes looking through it....and came to discover that this function in life...for the president or the government...was never written in. Probably a mistake by that Jefferson dude...but still, you would have thought that guys meeting in Philadelphia would have discussed this matter.

Their aim with this deal is mostly any company that screwed up and triggered the bailouts. This would include companies like Bank of America, GM, Chrysler, Citigroup, and at least a hundred other companies. Here in the start....they would be the "blessed" group. I would have said "punished", but it just wouldn't be fair.

So what would happen next? I'm guessing some executives will meet with this Czar and tell him how unfair this is. He might react. If not, then the executives would go to their favorite senator and have him write a bill and get it passed. At some point, the Czar would wake up and realize that he was fighting the wind mostly. For companies with no success in this....they'd just give up and start acting like a government-run company....mostly staying a failure....and relying on bailout to survive year to year.

The more we swim into this current....the more it looks like we should have stayed on the beach and just let the businesses fail....like any company that we let fail each day of the year.

Meanwhile, I still have hopes of a baseball Czar, a wrestling Czar, a Tennessee River Czar, a tampon Czar, a cigar Czar, and a afternoon TV Czar (I was hoping Jerry Springer could be in charge).
at Thursday, June 11, 2009 2 comments: