I listened to this twice. It pretty much screws up any "rush" job on passing legislation for the next year or two.

Gimme Me Some of That Money 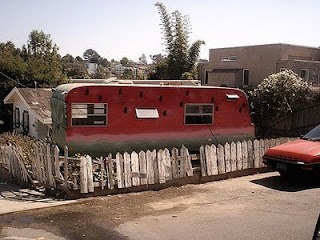 So, in the midst of the $750-odd billion bailout, some $80 million got handed over to the NEA folks (National Endowment of the Arts). If you were from Ripley, it'd be NDA (National Dowment Arts, and just forget that "En" stuff).

From the $80 million, then apparently, $50k got tossed to some horror-porn flick.....to help in its production. The Arts folks aren't saying much. Apparently, this is regularly done and folks don't typically ask stupid questions about stupid movies or stupid art.

Naturally, being from Bama....I sat to ponder this stuff. I am a poor fellow who has never had a "artsy" chance in life. I'd really like to turn a leaf here and get "artsy". So my question is.....ifing I had this idea for a love-romance-porn-trailer trash flick.....which would be "artsy".....could I get $80k to make it?

There has to be some paperwork involved, but I'm sure I could find a Democrat who'd help me fill this out and get some drunk Auburn artsy professor to sign off that I was liberal enough to do the job.

My working title? "How Betty Got off the Trailways Bus and Became a Trailer Trash Hottie".

I would be filming mostly on location in Bama. I believe I could shoot the entire movie in twelve days....with 2,200 cases of beer and 800 pounds of bar-b-q as enticement for the actors and actresses involved.

I would write the script myself....mostly dwelling on the state of trailer trash and how life was unfair for them.....toss in a midget vacuum sales gentlemen.....a trailer fire.....some left-wing environmentalist who get doped up by the local Baptist minister....and a LTD launched into a local creek at 80 mph.

I'm not sure about public release....but to be frank....I don't really give a damn if anyone ever watches it or not. Once we run out of beer and bar-b-q....the film ends....no matter what.

As most of you know….I’m in the job hunting business right now. My job is a contracted position, and the government intends to transform it (and 24 more at the site) to GS positions. I can’t apply….because of the stupid German visa situation that I placed myself into back in 1999. I would need to leave for twelve months and then be able to apply for a job in Germany as a GS employee.

I came to a sudden realization yesterday in the midst of work. It was one of those “Oz” moments when you’ve suddenly had the curtain pulled and realize a massive hoax.

Out of the twenty-five guys who are affected….two currently have GS job offers back in the states and will be leaving within six to eight weeks.

An additional two are in a major search pattern and I think they will have GS jobs back in the states by November.

I’m in the continuing to search pattern and hope to be gone by December.

At least three more people that I know….will likely have other jobs before January rolls around (the end date when the contractors terminate and GS occurs).

So out of twenty-five, there are likely eight slots which won’t have an incumbent. Everyone else is happy-smiley and been told that they are the incumbent and thus will have an inside step to this game.

This is when reality set in for me. As I’ve discovered, there are a hundred resume responses for each GS job advertised now. So they are setting up these remaining seventeen folks who think they are guaranteed a job. They aren’t, and that’s the curious thing.

Some folks will wake up in the midst of December and realize that they are amongst five people being interviewed, and two highly qualified folks who are already GS members in another local base organization….will likely have a chance to beat them on the job deal.

As each member goes through this….the organization may find that only ten of the seventeen incumbents made the cut….and the remaining seven do the automatic dump and leave for contractor jobs as quickly as possible. This leaves the position vacant….perhaps up to two months. Potential turn-over? Zero. Things being left undone for 60 days or more? Yep.

Adding to this amusing event….is the fact that the normal movement of contractor work to GS….takes around eight to twelve months. They intend to make this step in less than six. If everyone did their work correctly….it might work. No one within base personnel has ever accomplished a project like this error-free.

The cherry on this cake?

My company came up yesterday and advised us that this was all “rumor”, even though the AF briefed us completely a week ago. Then they hinted that this has been a miserable failure at EUCOM headquarters at Stuttgart when they started this in 2006, and barely twenty positions have ever switched over.

Then we were told that if this ever got to the end….if you really didn’t want to work for the government as a GS….the company would come through for you.

You can already see this game being played out….the company offering us cash and stock to vacate and leave at the bitter end….and avoid the government deal. This would kinda screw over the AF position but nobody really cares at this point.

The unit is all happy-smiley. The commander is all happy about this changeover. The contractors are all happy, at least for the time being. But the truth of the matter is….there is huge mess.

Adding to this episode….there is massive turn-over coming. And a lot of new people, the non-incumbents….are going to question the way that things are run.

I really don’t want to lay this out in front of the rest of the guys….because it truly is a fairly risky period and could be very negative for a number of folks. They all feel they have a guaranteed situation, and the truth is….it is absolutely without any guarantee.
at Thursday, July 30, 2009 No comments:

Over in Sudan.....there is this woman who apparently faces up to 40 lashes for wearing clothing....that the local Sudanese authorities deem...indecent.

The gal? Lubna Al Hussein. She normally writes for a local newspaper and has even done some work for the UN in Sudan. She got arrested back three weeks. Her attire that got her into trouble? Well....pants, a blouse and headscarf. Yep, pants.

As a kid in Bama, and this was in 1971....we had this funny rule in the Bama school system that girls had to wear skirts, period. There were no exceptions. I can still remember this being brought up at school PTA meetings where parents wanted their daughters approved to wear jeans and the rule pointed back to the county board of education folks....who wouldn’t discuss this with anyone. The rule had been around since the 1930s.

It was around 1973 that they finally agreed that it was a stupid rule and allowed teenage girls to wear jeans. I remember the episode, and how immediately almost every single girl wore jeans. I also remember that a number of the older members of the community disapproved of this idea of women and jeans.

Forty lashes? How do we arrive at this magic number? That would be a curious thing to ask, but I’m guessing its some 80-year old guy who pulled it out of the air, and dates back 400 years. Why not 13 lashes? Is this part of the round number syndrome?

The accomplishment of some punishment like this? That’s the thing....there is none.
at Thursday, July 30, 2009 No comments: