A Quote from the Day

"The system worked".....spoken by Department of Homeland Security Secretary, Janet Napolitano when discussing the end result of the Detroit attempted terrorism act.

I will offer a moment of wisdom:

Email ThisBlogThis!Share to TwitterShare to FacebookShare to Pinterest
Labels: 1984, terrorism 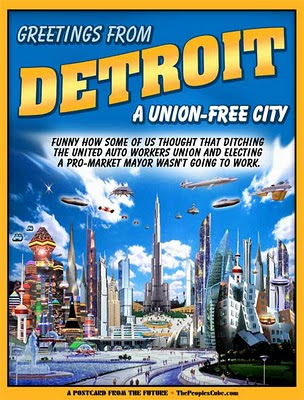 Email ThisBlogThis!Share to TwitterShare to FacebookShare to Pinterest
Labels: detroit

Let us lay out this story in a fashion that any American elderly political figure would cry his eyes out over.

Over in India in the past week....there is this sex tape now going around with the local governor....Narain Dutt Tiwari)....who happens to be 86 years old. The governor lays there in bed....with three women. Yep, three women.

Narain's political foes are all over him to admit this "terrible" thing and resign. Then some Indian women's right groups held some protests to get him out of office as well.

So far....Narain...has kinda denied anything....and says that the tapes are fake.

I went out to YouTube to view the tape....and frankly....between the lousy Indian music in the background....the news commentator talking about what he is watching in the background...and what appears to be some old guy hugging some other gal...that's about it. In Bama....we'd rate this with the Playboy channel and ask the local guy for a racier adult channel.

So I sat and pondered over this. You got a 86-year old guy....who is a political figure. In the south....this type of news would be like a breathe of fresh air for any politician. A old guy....still hot for women....in bed with three gal's? Some governors would pay millions for such advertising. Heck, over in South Carolina...just to get some attention...that governor was willing to fly down to Argentina to get some headline news.

I'm thinking this is a great political scheme....make everyone think you are still hot and lusty...even though you are 86 years old...and maybe even the old guys over 60 will jump up and vote for you. You have to wonder...if McCain had only take up this tactic in last year's election...man....things would have turned different in the end.
at Sunday, December 27, 2009 No comments:

This past week....the week before Christmas...which only makes this story more humorous....some city council folks from New Orleans flew up to Detroit....to learn how to "recover" from a downward spiral.

I sat there....pondering over this story. Basically....you are a loser city...and you go to a bigger loser city....to learn how to avoid issues?

At some point in this episode....a Detroit News reporter (Darren Nicols) says: “It isn't often leaders turn to Detroit for advice".

Yes, indeed. Hell may freeze over and George Bush may be awarded the Nobel Peace Prize before any other city comes up to Detroit to ask for advice.

So imagine this situation. A bunch of New Orleans political figures fly up to Detroit.....the week before Christmas. They stay at a up-scale hotel....drink fine champagne....charge the city credit cards for fancy $40 meals....and then party-down with Detroit upper-class? I hate to suggest such a scenario....but frankly, that's about all that I can imagine from this meeting of the "minds".

I think the folks in New Orleans figured that it's the week before Christmas and this would be a great way to spend some city cash....and avoid any real publicity because it's the Christmas holidays. This will barely carry for a day or so......and then disappear. So folks out on the streets of New Orleans will likely never hear about this little trip.
at Sunday, December 27, 2009 No comments:

It's a story that has come and gone in whatever press that it might have appeared in. It was timed to deliver around Christmas...so you'd forget it or just never hear much over it.

In 2004...a tsunami occurred in the Pacific. Everyone got weepy-eyed...and then demanded millions and billions to help those poor folks.

A billion dollars for tsunami aid...has neatly disappeared. No one can explain anything on projects or material that it paid for. A Berlin group....Transparency International...asked and then demanded for an audit.

Presently...out of the 2.2 billion that went to the island...they can show that 603 million was spent on projects which had nothing to do with the tsunami. We can only guess it helped to build houses for unaffected areas, bought school buses, repaired roads, and probably helped install street lights. We simply don't know the use of this 603 million dollars.

So as you watch some disaster unfold in some part of the world...and the charity opera unfolds....and you have political folks weeping away....saying how a billion here and a billion there will bring life back to this poor impoverished nation...maybe you should ask how it would be spent, and then cut the amount of money in half before giving it away.

We will end up finding out that several nations did the same thing. It's not just those Sri Lanka folks. Face it....it's stimulus....no matter how you shake this tree.
at Sunday, December 27, 2009 No comments:

Our Guy in Detroit

The quote of the day? It comes from our Dutch associate who stopped the bomber on the aircraft landing at Detroit. He describes the terrorist: "He was shaking. He didn't resist anything. It's just hard to believe that he was trying to blow up this plane. He was in a trance. He was very afraid."

If you go through the Independent...one of my top ten favorite papers to read...you find this wannabe terrorist character...is some clown who has lived in wealth and privilege. So today, as he's sitting in a Detroit jail...he's probably sitting there and wondering about his future.

The court case? It's going to be fairly simple. I would imagine that a lawyer will be assigned to the case to help him...but this case ought to start by July of 2010....and be finished within five days. The only charge they have to make on him is the act of bringing bomb-material onboard the plane. They can settle him in for twenty years of prison with that one single charge.

He probably is in for a rude awakening in the US prison system. He will be treated as dirt by inmates. If he makes it five years in prison...I think he'll be lucky. If he's really lucky...they might send him onto the Super-Max in Colorado...but his life will be miserable.
at Sunday, December 27, 2009 No comments: