There's something about Poker Face from Lady GaGa....that I like. This weekend...I found the country version of the song.

If you sit and watch this 37-second video....your first impression is a kidnapping.

This happened about fifty miles from my apartment, here in Virginia...in Stafford county. The cops got called and they issued an AMBER alert. The van had Rhode Island plates.

Now, to tell the rest of this story. It took twenty-four hours for this to unfold. There was this family which was moving...and their 17-year old daughter apparently wasn't into this family move. She'd more or less said...NO.

So the family....in whatever frame of mind you could imagine...hunted her down....with Mom and Dad grabbing her from the mall parking lot and "kidnapping" her. The cops have settled this entire thing and closed the case.

Now the thing that you have to ask yourself....would any of you run to the front of a Target or Wal-Mart...grab your daughter like some kidnapping and run off?
It is a sign of the times.
at Sunday, May 30, 2010 No comments: 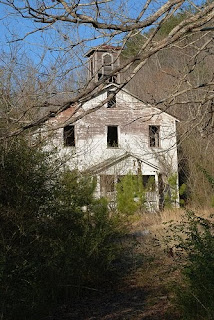 At one point.....long ago....in our land....amongst friends, neighbors, and relatives....we had this affiliation with the local church.
We got up as the sun rose....ate a quick and hearty breakfast.....hitched a team of horses and then rode to the church. It might have been two miles away. It might have been five miles away. It didn't matter whether it was raining or snowing, or freezing. We went.
The congregation went through some announcements and prayers for sickly folks.
There might have been a joke or two by the minister to lift up the spirits of the folks there.
Some singing would have occurred.
Scripture would have been read. A broad and strong commentary by the minster would have been uttered over sin, Satan, or thankfulness.
Noon would have come and folks would have laid out a basket on a blanket there by the church and ate chicken cooked the day before. Cornbread would have been shared around the blanket with a homemade desert.
You would have had a choice of fresh milk or fresh water from the nearby stream.
Folks would have stood around for a while after eating and shared the experiences of the week. What little gossip they could generate....they shared. Politics might have been discussed for a minute or two....without the aid of Fox, Rush, Newsweek or MSNBC.
Folks would have gathered for a bit more singing and some social life, and by mid afternoon.....started the trek back to the homestead.
Sunday was their one day off from actual physical labor. They saw this day of rest differently from what we view today. They needed to socialize and meet folks....and the church offered this rare moment.
So here we are. Churches in America are basically dying off, and we've been left with some hybrid-church operations.
You've got the church with social causes and works to keep you involved in these for moral or political sake.
You've got the mega-church with twelve non-profit operations (Monday through Friday daycare, senior care, private school academy, etc). They've got 3,000 members but you really don't know more than fifteen folks by name.
You've got the unusual church with rattlesnakes, alien visitors, or no belief in a Bible per say.
You've got the church built on some minister and his salesmanship.
Churches....real churches....are dying. They are an endangered species. When you do have a real old fashioned church.....you often don't even realize what you have....and never are thankful of that.
So the sun will set today...and we will close another Sunday.
at Sunday, May 30, 2010 No comments: