Ronald Reagan uttered this once: “The nine most terrifying words in the English language are, ‘I’m from the government and I’m here to help.’”

The Portland District Attorney surveyed the mess, and finally called Al Gore this week....to let him know that his problems were over. There just wasn't enough credible evidence (at least not yet).
Al probably sat back in the easy chair....sipped a Michelob beer....and kept thinking about the astonishing amount of luck that a plain country boy from Tennessee can have. He went to Nam and never saw a day of action. He didn't put any effort into education but still pulled degree out of Harvard. Then he got into divinity school at Vanderbilt and shuffled around there. Then he got into politics and eventually got to be Vice President of the United States. And finally, he did something special enough to get a Nobel Peace Prize.
A country boy can't have this much luck.
What's next? It'd be a natural tendency to ask that. I'm personally hoping that Al meets up with Jessica Simpson and marries her. Then we could have a 5-star reality show.
As for lack of credible evidence? Well....it happens. Unless you tape the incident or have a witness....the DA can just toss the case. One would hope that it wasn't taped....because that would mess up this entire case....you know.
at Saturday, July 31, 2010 No comments:

Farmers, Cash, and a Dopey Program 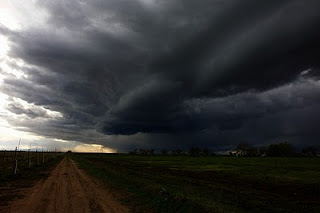 Small time farming in America...is dying. It's been dying for the past fifty years. There are dozens of reasons for this...and it's not worth arguing about. This week...someone pulled the curtain back and you glimpsed an amusing part of this small farmer saga. The bulk of the story is compliments of News Busters.

When the smoke settled...the court decided that $50k for each damaged individual was fair. How he arrived at this round number...doesn't matter. Most everyone involved in the suite was completely satisfied with this $50k number. The end-all number of folks injured at this point...was simple to pinpoint.

Something clicked. Two thousand more black farmers jumped into the law suite, and they were added to the $50k group.

Then, something clicked again. Just over twenty-two thousand more black farmers joined the situation for $50k in damages.

It was free money at this point and you merely filled out some paperwork and said you were a black farmer and you'd been damaged by the US Agricultural Department's policy.

Around two years after point...the USDA and the US government came to this point of saying "Ok"....here's $50k for 16,000 black farmers. These were the folks who met all the conditions and showed enough proof to move to the payment line.

A funny thing was revealed at that point. There were close to 70,000 black farmers who claimed that they were wrongly denied their $50k in damages. They were upset.

Enter the US Census folks...who accidentally turned this 2-star event into a 4-star event. They basically said...across the entire nation...there's only 39,697 black farmers in existence (2007 figures). And as if it mattered...their numbers were less in the previous decade. It's best not to talk about that though.

So the most black farmers that you could dig up....are roughly 40k black farmers. Yet you have the sixteen thousand paid and the seventy thousand saying they were screwed over and denied their money. Think about that for a moment.

To fix things...even wrong things....congress passed a farm bill in 2008...with $1.25 billion attached. This was supposed to fix all 86k black farmers....even though we know there just weren't more than forty thousand.

So the curious part of the story now twists over to US Department of Agriculture's own Sherry Sherrod (the Breitbart story of the week....who was fired and then rehired by the Agricultural Department).
Sherry and her husband own a farm cooperative. They ended up with $150k as their damages paid out. The deal was supposed to be 'per farm or per farmer'....so they somehow figured out the right wording....and somehow got three times the prescribed amount of money....as anyone else.
Naturally, you'd have to stand there and scratch your head over the method of counting and payment. Then you'd step back to the 70,000 black farmers mentioned and wonder where they came from.
Somehow....I have this vision of a couple of ACORN guys sitting there and figuring a free cash deal....and rigging up paperwork for not just dozens....but hundreds and thousands of folks to just claim farmer status and hope for some stupid US Department of Agriculture administrators to just hand out the cash.
So if you stand and ponder over this for a while....you come to admit that there's a mess brewing on the stove. How many folks declared fake farms and claimed fake farmer status? How many got double or triple their payments because of the method they filled out the paperwork? You just don't know. Should a Presidential Commission come into play to figure out what went wrong and reclaim money? There's a list of problems here.
You have to wonder how this gets fixed....if it ever does.
at Saturday, July 31, 2010 No comments: