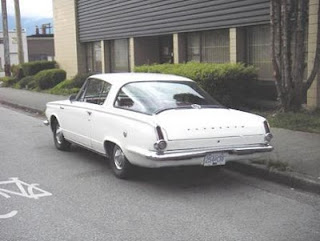 I have this car that I've always wanted to own.  The Plymouth Barracuda.  To be honest....it's be out of production for a while.  Today, I learned that Chrysler is going to bring the production line back in 2011...and make the model again....although it's not to be a Plymouth model.

Production came to an end in 1974.  It'd been around for a decade and the key factor was this enormous engine...typically a 8-cylinder.  At one point, there was the 426 cubic inch (7.0 L) engine....which probably guzzled down to eight miles per gallon.  I suspect the gas crisis of the early 70's probably helped to kill off the car.  You had to get at least fifteen miles per gallon to survive that period....and that wasn't going to happen.

The new engine?  There isn't much out there on what they will put into the car.  I suspect it'll have a six-cylinder and go up around 3.5 L.    It'll have to get twenty miles to the gallon....to at least make folks happy.

A boom for Chrysler?  It's sitting there in a pause and see situation.  There are a dozen cars waiting in the dreams of folks to be re-made again today....and the "Cudda" is one of them.  My advice?  Make a sixty second ad which starts out in black and white....some guy climbing into a 1964 version of the car and cruising on the interstate across the US....and every 500 miles...upgrade to the next version, and by the time you get to California, bring out the new "Cudda" and go to a bright color background.
at Thursday, November 04, 2010 No comments:

Here in My Local Town

Living in the DC region always has these unique moments.

Yesterday in the local news....came this piece about DC and its critter problem.  The local folks across the river....in DC....apparently have a problem with snakes and raccoons.  The Humane Society and the DC political machine got together, and hustled up this bill, which really made DC appear to be animal-friendly. 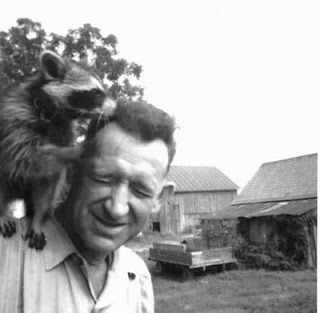 The bill says....that when you have a 'nuisance' critter (classified really as non-desirable)....that every attempt by made to capture the animal and then release it into the wild.  Lots of folks got weepy-eyed over helping the little fellows and this bill made perfect sense.

In the last week...some folks in Virginia finally woke up, and realized that there was no wild in the DC area.  There really isn't any nearby 'wild' in Maryland either (most everything around the DC region in Maryland is urban).  So then the Virginia folks realized that they are the ones left with the wild.  So this bill opened up the door for critters to be caught, and then transported across the river and "dumped" in Virginia.  If you go just twenty miles into Virginia....we've got swamps and plenty of forested area for the critters to run wild.

So the Deputy Director of the Commonwealth's Bureau of Wildlife Resources (remember, we are still British in a way here in Virginia) wrote up a kindly letter and basically said it was simply illegal to carry any wild animal across state lines (without permission).  It's kinda like taking a sixteen year old girl across state-lines, a drunk gal in a tube-top across state-lines, or a single-wide trailer over five years old across state-lines.  State-lines are state-lines....you know.

The DC guys are standing there now....with wild critters and a funny bill that says to capture them and tote them out of the DC area.

I thought about this a while....pondering.  What DC needs is a wooded and forested area where wild animals could roam.  Logically, this would make perfect sense to turn urban part of DC back into a wild-zone.  So I'm thinking the animal-friendly folks and the Humane Society ought to work together....creating a wild-zone of DC.  This would solve this problem easily and also create a pretty interesting part of DC where you'd have water moccasin snakes, wolves, beavers, and maybe even moose.  Heck, maybe we could import some rhinos, elephants, and tigers.

Just my humble observations.  Note: this was a non-nuisance critter and friendly raccoon from the 1960's in the picture.
at Thursday, November 04, 2010 No comments: