Today, the Air Force came out and started up evacuation orders or offers for dependents in Japan.  They didn't say you had to leave....but they had planes coming into the country and you could raise your hand to leave (at least at this point).

How many dependents will do it?  I'm betting 10,000 attempt to leave over the next two weeks.  At some point, if upper hand is gained over the mess....it might convince folks to stay on.

The problem is that Japanese are watching this....and desperately wondering if they should stay in their own country.  I'm guessing every Japanese citizen with relatives in the US....are calling and arranging for a four-month visit.  There's probably 20k Japanese hardware engineers advertising themselves to companies in the US and hoping they get picked up for a one-year contract.

Should they be worried?  If you live within twelve miles...you might have cause to worry.  But after fifty miles....I don't think I'd worry that much.  Face it....we dropped nukes over two cities in Japan and nobody packed up then to leave.
at Thursday, March 17, 2011 No comments:

There was a Representative today...who stood up and said there ought to be national standards for driving age.

It's a curious thing.....with all the various problems in America....to include health care, social security's impending failure, and troops in Iraq.....we need to fix teen drivers.

So the deal is this....if passed....government standards for licensing teen drivers......with 16 being the earliest a kid could get a learner's permit, and no unrestricted license until age 18.

This bill came from a guy from Maryland, and he felt that these ages marked a certain maturity.  Amusingly enough....kids in South and North Dakota are considered mature enough by fourteen to get a permit.  Six months of learning is enough....wrap up the test....and you get  a full license in those two states.

Is the Congressman getting any interest?  No.  A number of western states have a fair amount of experience with teens and found that most of their kids were mature by sixteen and didn't need some dude from Washington telling them something bogus.

Adding to this....the statistics are a bit confusing.  When gas went up....teen driver accidents suddenly decreased....so folks know that if you take more teens off the road, then there are fewer accidents.  But these are statistics that revolve around gas prices, and not some dude from the East Coast.

Adding even more to this mess....not a peep by the Congressman over older drivers....who ought to be taken in for a test with their doctor and their local county folks after age 65.  Every three years after that....they ought to be tested again.  Most folks in Bama would readily admit that five thousand Bama drivers ought to be taken off the road completely or forced to drive only in daylight hours.

Having grown up in the rural aspects of America....I can attest to the fact that most kids on a farm are driving a vehicle by age twelve.  By age fourteen....they can back up a wagon or clear two posts with two inches to spare on each side.  If you consider the stress of driving in most rural areas....a kid could easily drive in daylight hours by age 15 and I wouldn't have a problem giving him a license.  A kid living in Orlando or Nashville?  No....he ought to be sixteen as a minimum and limited to mostly daylight hours.

A Picture Behind the Picture 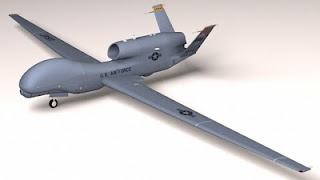 It is comical in a way.  The Air Force went into a modern revitalization program around a decade ago to create this fantastic new intelligence program....the unmanned imagery platform.  It's kinda like Chevy creating a entire new model series and giving tons of fancy words and pumping money into a new model....but it's basically creating imagery, which has been around since World War II.

So this week....the ISR community (the catch-all phrase that gets people pumped up in the Air Force) got this call to help in analyzing Japan and its nuke plants.  The mission here....is to fly over and take pictures, and then everyone will see the pictures....while you think of twenty lines of commentary to get out of these images.

But, you have to put a good spin on this.  It is imagery from a fancy Air Force system and the latest that might exist.  Airman Snuffy, Captain Joe, and Lt Col Karl will give you the twenty lines of text that you desperately need to feel fulfilled, and maybe they might see one odd thing that stands out and makes you curious about something else in the plant.  Thats about the only hope that you can have.

So, you might just get a nifty picture or two from twenty thousand feet in the next day to view from your CNN correspondent, and you can thank those kindly Air Force guys for taking their pictures.

Oh, and if you were wondering....Major Steve is already busy writing Airman Snuffy, Captain Joe and Lt Col Karl's award package for helping to produce this overhead imagery of the nuke plant.  The sad thing?  He has to invent twenty lines of text too....mostly out of thin air....without the aid of overhead imagery.  And that will take a good bit of creative effort.
at Thursday, March 17, 2011 No comments:

The Cost of Living

Hidden in your daily affairs....as you shop and buy around the US.....utilizing your ATM and credit card....are these transaction fees.  We don't typically think about them.  Businesses do think about them.  It's typically somewhere between one to two percent of each transaction.  Course, that would make you perk up if you realized that all these extra costs are figured into the coffee you buy at McDonalds and use your credit card to for the hot java.  Or how about the $9 you spent for pizza at lunch with your ATM card?  Or how about the $22 you spent on gas this morning as you drove to work?

Some business folks have approached the Federal Reserve and suggested up a radical idea....set a level fee, and since December....the Fed has been surveying this idea.

The deal?  No matter what you do or buy....a fee of roughly 12 cents would be the final cost of using the ATM or credit card.

Naturally, there would be this sudden boost of profits for companies.....if this did occur.....because companies wouldn't have to rebate the money hidden into costs back to you.  Oh, McDonalds might make the breakfast meal 20 cents cheaper.   Maybe the donut shop would give you a 50-cent discount on six donuts for a couple of weeks.  But overall.....it's geared to help businesses more than the consumer.

It's a strange thing....Visa and MasterCard aren't really happy about this level fee.  It's a seventy-percent cut on their $20 billion dollar game.  So you'd expect them to bring out Senator Snuffy and Representative Clyde to argue against this terrible Fed change.  You certainly wouldn't want Visa to suffer, you know.

Hidden in all of these charges....are the one to two percent add-ons.  It's like a tax in a way....if you think about it long enough.  The sad thing here?  They've added the costs already into business....so even if you wanted to just use cash....it wouldn't matter.....you still contribute to the one to two percent hidden fees.  So you might as well give up....and use the plastic card. It's either a win-win or a lose-lose....depending on your view of life.
at Thursday, March 17, 2011 No comments:

Just a Short Bit of History

Lot of common chit-chat on Chernobyl and the nuke mess there.

Ever wondered what triggered it?  Ever seen any commentator take up the topic and explain what the Russians did?  Ever noticed that the process of starting the Russian meltdown isn't typically explained?

A short history.  Some engineer....not nuclear engineer....more of a mechanical engineering guy....knew that maintenance was a big deal for Russian nuke plants.  To bring a plant down for its highly frequent maintenance cycles (much more than US plants).....you needed to use a custom-built diesel run power plant.  Yeah.....those cost a ton of money, if you were curious.

The mechanical engineer had this fancy idea....to use the internal power of the plant as its shutting down....to run the shutdown process.  In theory, it really intrigues a bunch of folks who sit around and discuss fantastic ideas which usually don't go nowhere.

He wanted to test this.  He designed the entire process.  If proven....he could save the Soviet government hundreds of millions and avoid building these wasteful diesel generators.

He needed permission to experiment with a real plant.  Naturally, he went to Moscow.  He talked a bunch and convinced the committee who control nuke plants that this was practical.  They gave him a chance...once chance....to prove this was workable.  They pick Chernobyl.

He shows up and presents the papers.  No one can argue with leadership in Moscow.

He prepares everything and gets ready to take down the plant for maintenance....avoiding the diesel generator.  Somewhere in the middle....the back-up systems kick on and foil his entire experiment.

He goes back to Moscow and begs for one more chance.  Sure....one last chance.  He goes back and takes offline these various back-up systems.

Funny thing....this guys background was mechanical engineering and not nuclear engineering.  Things go wrong.  No back-up system to kick in because this dimwit had them removed from operation.

He disappears.  The guys from Moscow mostly all stand around and watch the mess unfold.  The curious thing is that this experiment.....had nothing to do with nuclear power or nuclear engineers....just diesel generators and how the nuke plant ought to go from full power to non-power.

So when some fool is standing from a think-tank and talking about the terrible mess that Chernobyl ended up being.....you might want to ask them what kind of experiment they were running....just to see if he grins.
at Thursday, March 17, 2011 No comments: