Months ago, my brother had updated me over local town issues back home in Bama.  The town council, the mayor, the one and only policeman, the auxiliary cops, and the citizens of the town were in a uproar.  The meetings became lively and entertaining....which most folks were thrilled with all the animation and accusations.  Hostile feelings were laid out, and fears of vast crime waves were discussed in open dialog.  You would have thought you were in the midst of Memphis or Atlanta with all the crime talk.

Eventually, the auxiliary cops were released (fired would have been the more appropriate word), the one and only cop left town to be a problem for some other town, and things settled back into the regular dull stuff that you'd expect.

The truth is that across America....more and more folks are being drawn into political confrontations.  Maybe it started with Rush, Oliver North, and Fox News....but with Time, Newsweak, MSNBC, ABC, and the Huff-a-lot Post....lots of folks are prepared for a fight...just in their local towns of 500 residents.  Neighbor against neighbor.  Cousin against cousin.  Minister against minister.

This week....and it won't appear in your local news or the national news....a town out in Rhode Island has crossed the next boundary in this political fight business.  The North Providence town council has determined that it'd be real helpful to make everyone speaking at a town council meeting.....to swear to tell the truth, before they can speak at the meeting.  There are two divisions here.  There's the business side of the council meeting where this truth requirement will be enforced, and toward the end of meetings....there's this open forum where you can just stand up and get your couple of minutes of open speech, without swearing on the truth.

You can imagine this scene.  Some fight has erupted over the three cops in town, and everyone coming to talk business over the failures of the cops....having to swear to tell the truth.  A truth czar in the corner of the room to monitor truth?  Or maybe some vast limit to the discussion because no one....even the city council....knows the truth?

I can see the first problem coming up where some guy wants to talk about business licenses, and then tells the city council that he's of a religious sect that cannot be forced to swear.  Some smart guy on the council will then ask if he can "honor the truth"?  The guy will tell the councilman that this sounds like swearing....while trying not to grin.

I would imagine that eventually....there will be a limited audience to town council meetings.  You get the council and maybe twelve folks allowed in the room.  You can watch the meeting on some closed circuit TV deal, but no other participants allowed. 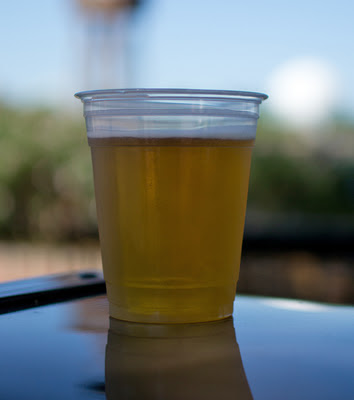 So the next step here....is just force people to tell the truth.  It's merely buying twelve months of time until you realize that folks are lying on a daily basis.  And then what?

My suggestion?  Open up town council meetings with free beer for everyone but you have to drink a cup of beer every ten minutes....while the whole meeting is done as the audience is standing.  If you can't do the ten-minute cup, you have to leave the room.  I figure around forty-five minutes into the meeting....things will turn interesting.  And no one will remember much of anything the next day.  The bad part is that most everyone in town will want to attend these meetings....for the free beer.  But this is America, and maybe this is the best way for democracy to work....cup by cup.

A minor story of sorts has been out for a few days.  Qaddafi's son apparently tried to hustle up a entry visa into Mexico.  Several folks were involved, and at some point....I imagine the CIA folks kinda knew what was going on and just called up their Mexican counterparts, and then laid out the whole mess.  I sat and pondered over this.  What if they hadn't screwed up, and Qaddafi Junior arrived in Mexico.  My guess is that he had this stash of ten million dollars in cash, and within six months....he would have attempted this crossover into Texas.  You can imagine this scene.....down at the Quicky-Mart....here's some Latino-looking guy who speaks mostly lousy Spanish.  You buddy up to him and even introduce him to your cousin Wanda who is a trailer-trash gal and desperate for a husband.  Months later, you discover he's Qaddafi Junior, and things are pretty messed up then.

Yesterday, some Senators in DC finally woke up and gave their blessing over the snow plan for DC.  It's a comical episode.  From ten months ago....we had this weird frontal system that suddenly shifted and around noon at the Pentagon....the weather guys freaked out and announced that serious snow was coming by 4:30PM.  So there's this order given throughout the Capital region.  If you lived far off....leave at 1:30 in the afternoon.  Everyone else was supposed to leave by 2:30.  Well....half the folks left on schedule, and the other half waited till 4:00.....which was naturally too late by that point.  The new plan is that when they say leave.....you leave....or you stay in place until your normal time to leave (5:00PM typically).  The Senators were all happy over these greatly changed plans.  I sat there and just kinda laughed....basically, nothing changed.  People will leave when they want to leave, if snow is approaching.  The comical side to this is that the Senators wasted lots of time listening to this mess, but won't do nothing over taxes or the budget.  Go figure.

Finally, it was announced that a movie will finally be made on former DC Mayor Marion Barry.  Today, Marion sits on the city council....and is fairly cleaned up.  Back in 1979, he was destined to be mayor of DC for life.  He couldn't be knocked down....no matter what he said.  He had found the perfect ratio of votes in the district....which was to guarantee him a lifetime situation.  By 1990, he was burned out....sipping heavy on alcohol and doing cocaine daily.  He was busted by the cops, and his lifetime mayor situation dryed up.  In 1995, he decided to come back.  Curiously, within weeks....he discovered the city budget was non-existent and that he'd have to beg money from Congress to survive.  He did one term as Mayor....finding all this extra work as exhausting, and then retired to be a city councilman (where he still stands today).  Who will play Marion?  Eddie Murphy.  A comedy or a drama?  That's the problem here....it ought to be a bit of both.  Curiously, Marion has been trying set up a slam-dunk recently for Marion Junior to step right in and occupy his council seat.  The odds?  Actually better than sixty percent chance that it will happen.  The thing about DC....is that it needs a guy like Marion.
at Saturday, December 10, 2011 No comments: