My Observation Over Private Schools

My associate at work has a son who probably has reached a point where he himself agrees....he needs motivation, and a better school environment.  The kid needs another three-odd years to wrap up high school, and staying at the same school (here in Virginia) probably just won't work.

So this topic came up.....military schools for kids.  I've known three or four people in my life, who went through that, then came onto the Air Force, and they were mostly proud of the couple of years in a private military school.

I was sitting there and thinking....well...tuition and room/board....this can't be more than $15k a year for some kid.  We are talking about plain teachers, some baloney sandwiches, a chunk of fruit for each meal, a cup of spring water, and some bunk in a room with five other kids, with a 40-watt bulb beaming brightly over them.

You just can't find anything much in the entire US, for less than $19,000 (tuition and room/board) all added up.

Having been in the Air Force for twenty-two years and bought dozens of uniforms....I have an idea about uniform costs.  But for some sixteen year old kid to pay $1,995?  Is this silk stuff?  Maybe fancy $18-a-pair for underwear?  Maybe fancy socks made by virgin girls in South Korea?

After a while, I switched over and looked at just private high school deals....most are run by the Catholic guys.  Even there....out in Cullman, that operation is $24,000 a year, and you need to wear white shirts, red ties, and docker pants.

Maybe I'm a cheap older guy, but I just can't see sending a sixteen year old kid off to some private school for $24,000 a year.  Maybe the North Korean guys are missing a golden opportunity here....open up some international academy there.....run by North Korean solders....and charge $12,000 a year to educate a kid and put discipline into them. 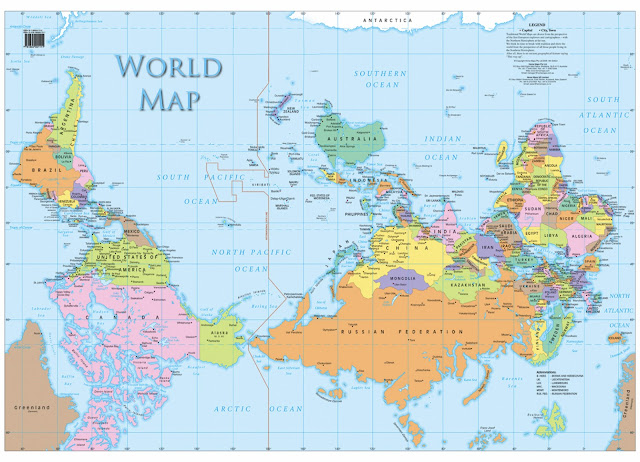 God's One Brief Moment of Creativity

So, let's out the story.  A number of chaplains at a US Air Force base in New Jersey (McGuire) got together, and felt it'd be nice to recognize First Sergeants.

Oddly enough, they decide to take the poem written by Paul Harvey, and delivered to a farming convention decades ago.  The poem?  God Created The Farmer.

The slant on this?  God Created a First Sergeant.  You can sense already....there's going to be a problem.

So they develop this video.  Whatever cost was invovled....might have been minor.  Maybe just man-hours and $100 in videotape.

While this was all approved via the chaplains....by the time that it hit YouTube....base leadership got involved.  And at that point, it was taken  down.  Generally, their feeling was that it'd be an insult to various other religions, and the atheists.

By yesterday, this whole thing had become a firestorm with conservatives.  They are hyped up.  To some degree, they think this is a slam purely against religion and God.

I sat and pondered upon this.

Second, there was only one creation in this whole topic....the day that Paul Harvey got invited....decades ago...to speak at a convention of farmers...and wrote the actual first speech of “God Created a Farmer”. After that, it was all copies of what Paul Harvey intended to be a one and only inspiration.

Third, the limited number of Air Force folks who started the project...were going to put government money into a video that the majority of Air Force enlisted personnel would not have been interested to view. If completed and put out...they would have run it on overseas AFN stations...forcing people to mute the thing every time it came on, or having drinking games with the word “First Sergeant” when the clip came on TV. I know how these videos are perceived, and most come across in a negative fashion.

I think one smart guy stood up and asked some stupid questions, and everyone realized that there wasn't any real common sense in the room. I may be the one single voice in the wilderness on this, but I suspect there are tens of thousands of AF vets who know how the game is played and how much of a waste this would have been.

Finally, purely from the religious standpoint....about a billion years ago more or less....as God stood up and laid out the master plan and developed the standard method of operations on Earth.  There was this one period of creativity.  After that, God's desires or creativity methods have been put at rest.  All of the creativity business is finished....long ago.  Everything since then....is more or less man's fault or responsibility, or creativity.  If we do good or bad....it doesn't much matter.  You can thank God for that start-up deal, but we are onto this trail by our own stupidity or creativity.
at Saturday, June 08, 2013 No comments:

This week....the British newspaper....the Guardian....came out with a major story.  They laid out the collection and data storage of phone and internet records that the NSA is managing.  To be honest, there were bits and pieces of this known already.  What the Guardian delivered....was the complete picture.

It's an odd week to put this out, in full display.

There are three major events coming up for President Obama....within days.

This weekend, President Obama is hosting the Chinese Premier....Xi Jinping...in Palm Springs, CA.  It's a hyped up meeting.  There's a couple of major topics on the table, from trade, to cyber warfare.

Frankly, the massive collection of US internal data, which is being deflected by saying it's all about threats to America....is the same comment that the Chinese Premier will make to President Obama, and probably grin as he says it.  The Chinese can now say they are worried about cyber threats to Chinese people.  So their program is now justified.

The entire discussion on cyber warfare was planned out for weeks in advance by the President's staff.  Now?  This discussion won't be more than ten minutes long and the President will look mostly like an idiot.  Xi Jinping will leave the meeting....mostly in smiles.

As soon as this meeting ends....the President is preparing to leave the US....for the G8 meeting in Northern Ireland.  There would have been the standard list of a dozen topics discussed there.

Unfortunately for the President.....privacy of personal data is going to come up in conversations with a couple of the folks at the meeting.  They will question if phone records and internet records of their citizens are being kept.  The President will sweat a bit and just plain deny that.  Over and over.....repeating the same memorized answer.

When the President leaves the G8.....he's hitting Germany.  He's supposed to make a grand speech in Berlin.  Originally, they probably had at least one press interview arranged for the Germany visit.  Now?  There just won't be time (my humble guess), and they will try to avoid discussing the entire privacy of data topic.

The value of these three events?  A month ago, it would have been the best two week period of 2013 for the Administration....hyped up and scripted.  Now?  It's best not to say too much and just plan later for some summer vacation period for the President to disappear for two weeks and chill out.

Who dropped the story into the Guardian's hands?  The Chinese?  Some privacy data group?  WikiLeaks?  Mossad?  The KGB with Putin's assistance?  Some angry NSA guy?  It doesn't matter.  But someone timed the release and knew precisely what the results were going to be.